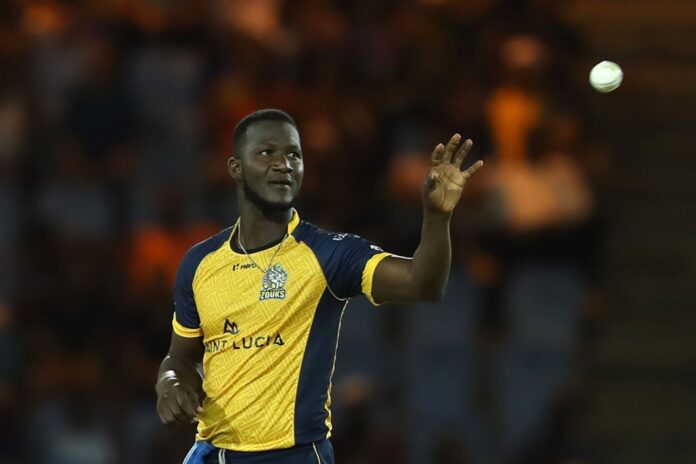 The stage is all set for the grand finale.

We hope the match is not a one-sided affair like the 2 semi-finals we have seen so far!

Zouks are the surprise package

Three-time champions Trinbago Knight Riders have been the most outstanding team since the CPL’s inception. Their overweening dominance brings to mind Juventus’ domination of Serie A or that of the Red Devils in the Ferguson era.

They have never missed the playoffs. Plus, they have topped the regular season table in three of the last four seasons.

This year, they are attempting to create history by becoming the first CPL side to finish as undefeated champions.

While TKR continued their dominance with an easy win over the Tallawahs, it was the performance of the Zouks that drew gasps of admiration.

Humiliation comes when you least expect it!

For the Guyana Amazon Warriors, it happened when they were bowled out for just 55, the second-lowest total in the history of CPL.

That too, against an opponent they were expected to steamroll!

After Darren Sammy chose to bowl, Scott Kuggeleijn picked up the wickets of Brandon King and Shimron Hetmyer in the first over.

It was the kind of scoreboard you would expect to see in gully cricket!

It was pathetic to watch!

Cornwall hit another six off Tahir and St Lucia Zouks achieved the target in just 4.3 overs.

The combined match total of 18.1 overs was the lowest in the CPL.

Also, it was the seventh quickest chase in all men’s T20 matches. The target was so low even rain couldn’t have saved the Warriors!

Zouks and the Afghan factor

The Zouks have been the biggest under achievers of the CPL, making the playoffs for just the second time in eight seasons this year.

What has really helped is the influx of high quality Afghan talent.

Mohammad Nabi, Najibullah Zadran and Zahir Khan have transformed the side, giving them a spine and a lot of steel.

Their fighting spirit, along with Sammy’s shrewd and inspiring captaincy from Sammy, has helped them outplay and outsmart teams when it mattered the most.

They have never wilted under pressure.

Not once have they thrown in the towel.

Their never-day-die spirit shone through most powerfully in the semi-final when they overwhelmed the much-fancied Guyana Warriors and destroyed them for just 55.

Captain Darren Sammy said this best – “We didn’t come here to celebrate a semi-final. You don’t carry anything from before into the finals. It’s a clean slate. Whoever plays good cricket on the day… on Thursday we’re going to come with the same attitude.”

Kieron Pollard showed some very innovative captaincy as he attacked the Tallawahs with his left-arm spinners.

But we think TKR may return to a more traditional form of attack against SLZ in the final.

That means Ali Khan and Dwayne Bravo might come in early.

For the Zouks, Mark Deyal has been one of the finds of CPL 2020.

The Zouks should hold on to him and build their future around him.

Scott Kuggeleijn and Mohammad Nabi have been wonderful in the bowling departments.

But the issue is the absence of class in the batting order. Cornwall, Deyal, Roston Chase and Fletcher don’t have the same pedigree that TKR has. And when it comes to winning championships, as opposed to matches, that really matters!