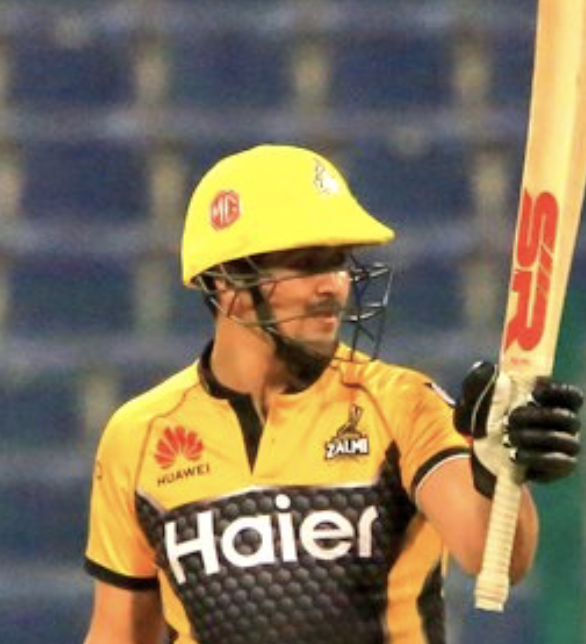 Peshawar Zalmi trumped Karachi Kings on Wednesday night in Dubai to get another two important points in the bank.

Zalmi bowled brilliantly to restrict the reigning PSL champs to 108/9 which is their lowest score ever.

Peshawar were equally brilliant with the bat as they chased down the small target with nine overs in hand.

The six-wicket victory has, however, kept both Peshawar and Karachi at third and fourth spot, respectively.

Hazratullah Zazai announced himself to the PSL with a stellar performance.

The 23-year-old Afghan cricketer bagged the Man of the Match award on his PSL debut for his 63 runs off 26 balls.

The batting prodigy scored the joint-fastest PSL fifty off 17 balls to cement his spot in the Zalmi playing XI.

But what made the cricket experts speak highly of him was the way he spanked Muhammad Amir and Aamer Yamin for consecutive boundaries.

His fiery start took the game away from the Kings in the power play.

Speaking in the post-match interview, Zazai said that he trusted himself to go full throttle.

Babar Azam fell for a rare duck in the game.

Zalmi skipper Wahab Raiz trapped him on the pads with only the third ball of the game and that’s where the Zalmi drew first blood.

Babar Azam’s failure in tonight’s contest should raise alarms in the Kings dugout not because he did not bother the scorers, but due to the team’s dependence on him.

The Kings talisman has been performing head and shoulders above any batsman in the league this season, but he hasn’t been getting the support that can pull Karachi out of a form slump.

Beating defending PSL champs Karachi Kings in their last outings, Islamabad United and Peshawar Zalmi will meet in Dubai for another showdown on Thursday.

Islamabad United sit pretty at the top of the points table with six wins out of eight clashes.

Captain Shadab Khan is not in his best form either with the bat or ball, but he has done a superb job of getting his team over the line.

As for Zalmi, they have emerged as strong contenders this season after beating the Kings in a one-sided contest on Wednesday.

Star of the match

Colin Munro has been an unstoppable force for most PSL sides this season.

The left-hander has taken the game away from both Quetta Gladiators and Karachi Kings in a jiffy.

His fiery attitude with the bat could help him register another big score against Peshawar Zalmi.

Munro has already got 193 runs in the four games he has played. His two unbeaten half-centuries has helped his average climb to 96.50.

Islamabad United are likely to down any team they will face regardless of the star-studded squads of opposition.

This is primarily because of the red-hot form they are enjoying at the moment.

Pravin Tambe – the only Indian in the CPL