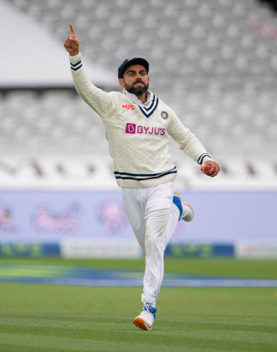 Many experts believe that the third game of a big test series is often the deciding game. What happens in the third game is how we can expect the series to go. Some would agree, some wouldn’t. But as of now, we think those in favour of team India certainly will. The team is confident, the team is in a flow and more importantly the team is hungry and capable to win. From any situation, from any complication. If you don’t believe that, just watch the Lord’s Test for instance. We are not telling you to search about the Gabba or the whole Australian tour. You can just skip back to only the last match. 5th day, all done and dusted with only a small lead. What they did, how they fought back & how they won will take you by a pleasant surprise if it already didn’t.

Someone’s pleasant surprise was someone’s absolute horror. Ask Joe Root & Company. After having almost everything in the bag, they just left a small gap of mistake which Shami, Bumrah & later Siraj just tore through and then added another feather to India’s Cap. The mighty Lords had been conquered and that too by India without giving ‘Teen Guna Lagaan’.

England has bigger problems to deal with. No one apart from Joe Root seems to have the mood or the technique to bat against this firing Indian lineup. That is why they have made some huge changes in the middle of the series to make amends. The Dependable Dawid Malan has been asked to join the team to give it some solidity which he surely brings to the table. Make no mistake, Dawid Malan will give India reasons to worry. Another thing that India should be wary of is that they will now be playing at the hometown of Joe Root and Johnny Bairstow who will know the conditions better than anyone else. Plus after the heartbreaking loss they suffered, they surely would be hungry for blood. All in all, it promises to be a belter of a match, just like this series has been so far.

India vs England, Third Test, Where to watch?

India vs England Third Test will be played at the Headingley Stadium, Leeds. Yes, The same Leeds where Ben Stokes played the innings of his life and one of the greatest test innings ever.

The Chances of Rain are very less and it is expected to remain clear on all days of the test match. Well, this is a surprise considering we are talking about a game in England. However don’t be too surprised because this is England we are talking about, the weather Gods will not take seconds to surprise us back.

But all in all, it is expected to be clear, assuring us all 5 days of proper cricket. Till then, let’s not jinx it and keep our fingers crossed.

The pitch conditions for the third test between India and England is how a typical Leeds pitch should be. It has something in it for the bowlers and you are bound to get rewarded if you bowl in both proper lines and lengths. You might not get rewarded an hour or two, but once you penetrate, it should make taking 3-4 wickets at a stretch pretty easy. If the conditions are overcast or a little cloudy, it’s a bowler’s heaven and a bastmen’s nightmare. However with the Sun out, there is a certain reversal of fortunes, making it a batting paradise for the batsman.

India vs England, Third Test, Players to Watch out For:

1. Virat Kohli – A long score from King Kohli is long overdue. The fans and Virat himself must have been waiting eagerly. Maybe after what happened at Lords, Kohli will finally score his 71st Century.

2. Dawid Malan – Just called back to the side but he might just turn out to be the last minute trump card that has been thrown by England. We expect him to score and score well for England.

3. Johnny Bairstow – The Local boy with World Class batting talent. Series on the line, Home conditions, hungry as ever for runs, Bairstow might just be the player for England to help them level the game.

4. Joe Root – The most usual suspect in this list and the most successful player in the series, he has to be the difference maker at his hometown too.

Kings snuff out the Royal Challengers