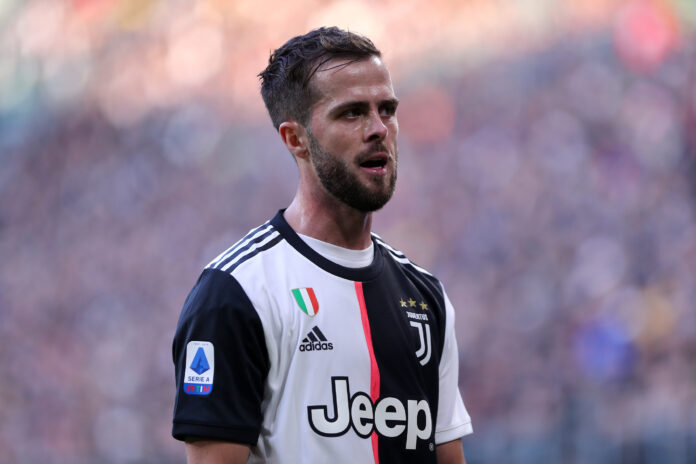 It is still a mystery. Nobody really knows why Barca sanctioned a swap move for Arthur Melo and Miralem Pjanic.

Arthur was going through a rough patch of form. But, how much sense does it make to exchange him with a player who is heading towards retirement?

Well, in football terms, it doesn’t. But, when we see the financial side of it, you would understand why the Blaugrana took this decision.

How Was Arthur Performing In Barcelona?

Upon his arrival from Gremio, Arthur was touted as the second avatar of Xavi Hernandez.

A technically gifted player, with a natural ability to read the game-the Brazilian was shaping up to be the future midfield leader of Barcelona.

However, the promise soon started to fade away.

Injuries severely hampered his progress at the Catalan club. He also saw himself get entangled in off-pitch controversies. In 2019, the club blasted him after he was seen partying with former teammate Neymar, just 48 hours before Barca’s crunch clash with Real Madrid.

Also, since his 2018 debut, Arthur has made less than 50% of Barcelona’s starting XIs. While injuries have played a substantial role in that, sometimes he was dropped for poor form.

Admittedly, there were stellar performances like the one he produced at Wembley to beat Spurs 4-2 last season. To offset that, there were also appearances like the match against Sevilla, where he barely made a difference.

Make no mistake, however. A bout of bad form is never the reason for Barcelona to ship a player out. We will get to that later.

How Was Pjanic Performing In Juventus?

During his Roma days, Miralem Pjanic caught the spotlight as one of the most talented young midfielders in the world.

In 2016, he joined Juventus where he helped the club win four Serie A titles, two Coppa Italias, and a Supercoppa Italiana trophy.

Pjanic is still a great player, but at 30, he isn’t getting any better, for sure.

So, the opportunity to replace him with a highly rated midfielder seven years younger seemed too good to pass on, for the Bianconeri.

Breakdown Of The Deal

As part of the arrangement reached between Barca and Juventus, Arthur will trade his blue and red shirt for black and white.

In return, Barcelona will receive €72m in fees, and an additional €10m will be payable to the club upon fulfilment of certain requirements. The Catalans will pay €60m to Juventus for Pjanic. And they might have to pay €5m more in the future as add-on sums.

Therefore, Barcelona will make a net profit of €12m (considering base fees only) in this deal.

Why Is Barcelona Swapping Arthur For Pjanic?

Pjanic is a fantastic player, but bringing him in as a substitute for a much younger player is an odd decision from a football point of view.

Within a few years, his resale values would deplete, and Barcelona would have to look for another player to replace him.

So, the long term financial perspective seems baffling as well.

So WHY Is This Happening?

The answer lies in money. Plain and simple.

Years of mismanagement has taken its toll on Barca’s finances.

Being one of football’s greatest powerhouses, Barcelona rake in millions each year in gate receipts, broadcast money, endorsement deals, and player sales. But, the operational cost of the club has grown exponentially too, which has put them in a difficult situation.

Poor transfer policy is the biggest culprit responsible for this turmoil. Barcelona had spent more than a billion euros in players over the last six years, but most of them failed to meet the expectations.

The trio of Ousmane Dembele, Philippe Coutinho, and Antoine Griezman alone cost more than half a billion euros. While the jury is still out on Griezmann, the other two have proven to be expensive mistakes.

To escape the liability of a financial loss, Barcelona needed to raise a minimum of €60m before the end of current financial year.

The Pjanic-Arthur deal brought them €12m closer to meeting that target, but it is merely papers over the cracks left by poor management from the Barcelona board of directors.

Miralem Pjanic still has a few good years left in him, and he might turn out to be an excellent signing for Barcelona.

But, that doesn’t justify the situation the La Liga giants allowed themselves to be in at the first place.

Barcelona needs to rethink their financial approach going forward. They have to ensure they are not being forced into making transfer decisions to balance their books.

Perth Scorchers beat the Heat to make it to final