Fun88.net
Home FOOTBALL What the hell is wrong with Moise Kean? 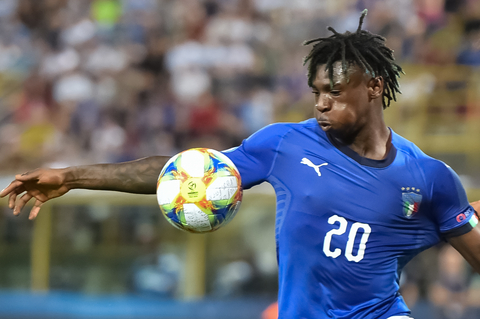 At the tender age of 20 years old, Moise Kean has his whole career ahead him.

However, football fans and pundits alike have raised concerns over Kean’s attitude and footballing contribution since his move to Everton.

Moise Kean started his career on promising terms by winning the domestic double in his first season with Italian giants Juventus.

He was quickly loaned out to Verona before returning to the Allianz Arena to secure his second major league title.

Not before long he was purchased by Everton FC for 30 million euros where he’s managed to score 1 goal in 26 games.

What has gone wrong?

Does Moise Kean have an attitude problem?

Kean’s off the field antics have provided early warning signs as to why the Italian striker may be struggling to adapt to Premier League life.

At the end of April shortly after the UK commenced lockdown protocol, Kean was caught having a house party with lap dancers despite rules in place to keep citizens in their homes.

It was shockingly irresponsible.

Fittingly, he was fined a 100,000 Pounds and condemned by officials at the club who are already concerned with the player’s attitude.

This behaviour seems all too similar to another young Italian star who also joined the Premier League at the age of 20 – Mario Balotelli.

Not only are his behaviours an issue off the field, but his performances and responsibilities as a football player have also come into question.

Under previous Everton manager Marco Silva, Moise Kean came under a lot of scrutiny for being late to team training sessions. And later, publicly apologised for his misdemeanours.

Is this an indicator of where the issue stems from?

Despite his apparent poor behaviour, there is another side to the story.

Moise Kean has only started 5 games for Everton since joining them.

It’s unlikely for any young player to make an impact and gain any sort of rhythm with minimal playing time.

It might be that Everton view Moise Kean as a player of the future.

But with someone who had the world at his feet at Juventus a year ago, Moise will be expecting to play every week to aid his development.

What is his best position?

There has also been some confusion surrounding Moise Kean’s favoured playing position.

Earlier in the season, Marco Silva described Moise Kean as a player that can play both in the middle of a front three and on the right.

However, Moise Kean has only played on the right for 5 minutes during his time at Juventus.

By playing Kean on the right, Marco Silva was certainly not getting the best out of Kean. Silva was putting him in an awkward and unnatural position in which he was doomed to fail.

Will Ancelotti use Moise Kean better?

But there is hope. Now Carlo Ancelotti is in charge of Everton we may see a new Moise Kean.

Ancelotti is a very tactically astute coach and will look to get the best out of each of his Evertonian players.

Unfortunately for Kean, Ancelotti’s favoured attacking duo Dominic Calvert-Lewin and Richarlison have each bagged 13 and 10 respectively in the Premier League this season.

Moise Kean is going to find it hard to wedge himself between the two when they’re proving to be very effective for Ancelotti.

As it stands, Moise Kean still only has one goal for Everton and if he’s to stake a claim in this team, he will need to make the most of every minute he gets.

It may be a case of Moise Kean’s attitude that is proving problematic in his development.

Or it may be a case of wrong place, wrong time.

With Calvert-Lewin and Richarlison scoring goals for Everton, he may struggle get a lengthy run of games in the Premier League.

And that’s a BIG problem.

Roberto Mancini has clearly said that Kean’s selection for Euro 2020 hinges on how much playtime he gets.

Whether the minutes will happen in Everton or some other club, only time will time.