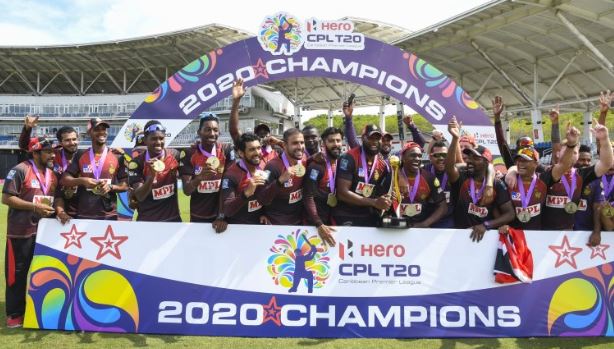 Trinbago Knight Riders are the greatest ever team in CPL history.

Yesterday, they became the first ever team to win the CPL title for the 4th time.

But in the process, they emulated what Arsene Wenger’s Arsenal in the English Premier League in 2004, which earned them the nickname of ‘The Invincibles’.

Well, they went through an entire season undefeated!

It’s unlikely that such a feat will ever be repeated in the future.

That’s because T20 is always considered a hard-to-predict format where even a weaker team can overcome a strong team, as the number of overs are less and the margin of error is so thin.

But TKR brought certainty of winning in an uncertain format and therein, lies their greatness!

How the match unfolded

The Zouks batted first and reached 155.

Certainly, not a bad score for the final where the pressure is much higher.

There were handsome contributions from Andre Fletcher (39), Najibullah Zadran (24) and Mark Deyal (29).

They looked set for a much bigger score during the midway stage, with 89 runs for 2 wickets in 11 overs.

.But they were rocked by Trinbago captain, Pollard who looked infused with what football like to call the ‘winning mentality’.

Pollard first dismissed danger man Fletcher in the 11th over.

Each of these wickets pegged back the Zouks just when it looked they will start hitting back.

Khary Pierre (0/20) and Fawad Ahmed (2/22) also bowled brilliantly to pull the brakes on the Zouks.

The Zouks finished at least 15-20 runs short of what would have been an adequate target.

In reply, TKR suffered a jolt when Webster fell early for just 5.

But Lendl Simmons was in imperious form.

His unbeaten partnership with Darren Bravo (58) ensured that TKR won by 8 wickets with 1.5 overs to spare.

The owner of TKR, Shah Rukh Khan must be hoping that his other team of Knights, KKR also match the heroics of TKR in the IPL!