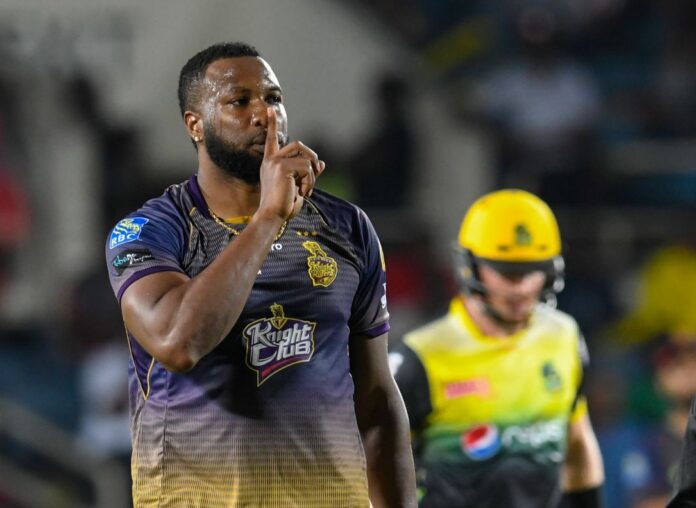 That sums up the dominance of Trinbago Knight Riders in the CPL 2020.

Trinbago vs. Zouks was a highly anticipated match between 2 teams who have both qualified for the semi-finals.

But proved to be an apalling anti-climax as the Zouks just couldn’t cope with the intensity of the well-oiled TKR winning machine.

The victims, this time were the St. Lucia Zouks who fell 23 runs short while chasing the 175 put by the fearsome TKR batting line-up.

Of course, TKR didn’t begin with their usual aggression.

Lendl Simmons was subdued making just 8 in 12 balls before falling to the Kuggeleijn.

Tion Webster and Seifert steadied the ship and took the score to 55 before Zahir Khan cleaned up Webster.

When Seifert fell at 93, the match hung in balance when Kieron Pollard walked in.

Pollard started with 4 dot balls but that was merely the calm before the storm.

Pollard exploded in spectacular fashion, like only he can, with a top-edge four four and six off Sammy.

He produced 2 more blistering sixes off Kesrick Williams and Kuggeleijn, a Pollard special that went soaring over the deep midwicket boundary line.

When he finished, he had 42 off 21 balls. More importantly, he ensured that TKR finished on a high and went to bowl with a heightened sense of confidence.

Darren Bravo also played his part, with a compact half century studded with a four and three sixes that held the innings together.

Mark Deyal was the pick of the bowlers for the Zouks, conceding just 7 in 2 overs.

The Fletcher and Pollard contest

Kimani Mellius was in good touch and looked set for a big one before being the first to depart for 12.

This paved way for the entry of Andre Fletcher who looked in ominous form.

Fletcher was ably assisted by Deyal who continued with good work with the ball, by scoring a stroke-filled 40 studded with 5 sparkling fours.

The Fletcher-Deyal partnership that produced 59 runs looked like it would carry Zouks over the line.

But Pollard looked like a man on a mission.

Pollard looked like he had other plans. And how he turned it on!

After getting smacked by Fletcher for a six, Pollard made a smart comeback by bagging Deyal, who holed out to Jayden Seales at long on.

He followed this with the crucial wicket of Fletcher in the 14th over by deceiving him a change of pace and making him mis-hit the ball down the ground. Fletcher scored 42 off 27 balls and was the top scorer.

Fittingly, this was Pollard’s 50th CPL wicket. In the annals of CPL, this match, more than any one, deserves to be known as ‘Pollard’s match’.

In the very same over, Pollard dismissed Mohammad Nabi, finishing with figures of 3 for 35 which effectively ended the contest and got Pollard a much-deserved Man of the Match award. Not that there were too many other contenders!

However, it was too little, too late as the Tridents have managed just 6 points which means they can’t make it to the knock out stage.

Zouks are third with 10 points but now look unlikely to finish 2nd above Guyana Amazon Warriors who are sitting pretty on 2nd with 12 points.