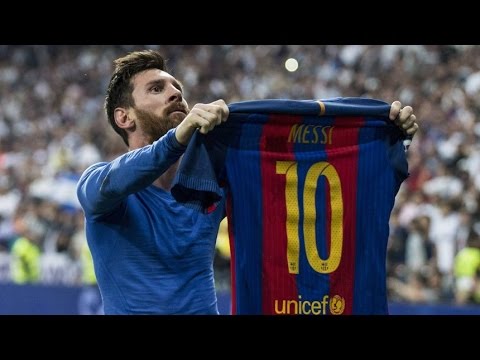 A 5 feet 6 inch left footed 17 year old academy player made his debut for Barcelona on October 16th, 2004 against Espanyol.

Playing in that Espanyol team, there was a player named Mauricio Pochettino who was their central defender and one of their main players. Pochettino went on to have a successful career and he played for a few more years and then eventually went on to become their manager from 2009. He managed quite a few clubs over the years like Espanyol, Southampton, Tottenham Hotspur. As we publish this article it’s the year 2021, Pochettino is one of the most successful and experienced managers of the game having had a wonderfully long playing & managerial career and is currently the manager of the French giants – Paris Saint Germain.

Want to know what the funny thing is?

That 17 year old kid who made his debut against Pochettino and his side in 2004 is still playing the game, still on the top of his game and now as we speak is all geared up to sign for PSG and play under Pochettino the manager, the same Pochettino who was a player when he made his debut.

Can you guess who the kid is?

We don’t think that even your little cousin will need the other two.

He has as many Ballon d’Ors as he has letters in his first name – 6.

Don’t think that has been, can be, or will ever be said about someone in the history of civilization. Ballon d’Or is the ultimate award given to the best player on the planet for his achievements and contributions in the footballing world over the whole course of a year.

Even winning it once makes you legendary. Winning it 6 times? Words haven’t been invented to describe that yet.

As one of the world’s best managers, Pep Guardiola said one time – “Don’t write about him, don’t try to describe him, just watch him” as no words or anything anyone can say can do justice to the phenomenon that Messi is. That 17 year old kid has been regarded as one of the best (even the best) footballers to have ever played the game by most football fans and pundits and rightly so too.

Messi has played for 17 years for Barcelona. He became their highest ever goal scorer, scoring 672 goals and also providing 266 assists in the 778 games he has played over the years. This means he has directly been involved in 938 goals in the 778 games he has played. So basically it means he has had an average goal contribution of 1.20 goals per game even after playing for Barcelona for 17 years and 778 games. Simply mind blowing numbers! He has won 35 trophies with Barcelona and will go down in history as one of their best players ever and one of the best players to have ever played the game.

He has not retired yet, just had to change his clubs, so expect more goals, more assists, maybe even more Ballon d’Ors and definitely more free kicks and footballing wizardry.

Why did Messi Leave Barcelona?

He wanted to stay right?

The club also wanted him to renew his contract?

Barcelona has been facing some serious financial losses ever since covid and the club was in a spot of bother for a long time. To renew his contract Messi even agreed to reduce his wages to half of what they used to be, talks were finalised, negotiations were made, he even came to renew his contract, and then suddenly all hell broke loose and Messi and Barcelona had to part ways.

Here’s what happened between Messi and Barcelona and why he had to leave Barcelona.

Messi’s contract with Barcelona has come to an end this year and he would become a free agent then. Last year after fallout with then club president Bartomeu and a series of other incidents, Messi wanted to leave the club but somehow didn’t and ended up playing another season with the club. Things looked good and now both the club and the player were back to their original state of affairs. Messi was looking to renew his contract with them even if it meant taking a fifty percent pay cut in his earnings because this was his boyhood club, this was his Barcelona. Messi is Barcelona, Barcelona is Messi.

The main reason Messi couldn’t renew his contract with Barcelona was because of the La Liga financial fair play rules. As per the rules a clubs wage bill has to be 70 percent of its turnover and with Messi on board it would be 110 percent, though without him it is still 95 percent, way above the permissible limit. Also the fact that Barcelona are already under a debt of GBP 1 Billion including money owed for Frenkie De Jong and Phillip Coutinho and their first team wage bill is around GBP 235 million a year. Hence Barcelona couldn’t afford to sign even a half price cut Messi which is why he had to leave the club.

“We had everything agreed, but at the last minute, it couldn’t happen. This year I wanted to stay and I couldn’t. Last year I didn’t want to stay, and I said it,” Messi said.

After a tearful goodbye, Messi had to part ways with Barcelona and move forward to the future. So now what’s in store for one of the world’s greatest players?

Lionel Messi has joined Paris Saint Germain on a free transfer. This undoubtedly is their biggest signing ever and is one of the most amazing signings in the transfer window ever.

He’s gonna wear the No. 30 jersey. His deal is a two year deal till 2023 with an option to extend to 2024. He is expected to earn € 35 million per year. The transfer is done and confirmed by both Leo and PSG. After having signed players like Donnarumma, Hakimi, Wjinaldum, Ramos and now Messi, PSG are serious title contenders to win the Champions League. Oh wait, they have Neymar Jr, Mbappe, Di Maria also in their ranks. Scary right! Here’s what Messi said on his transfer to PSG –

“I’m looking forward to starting a new chapter in my career in Paris…The club and his vision are a perfect match for my ambitions. I know how talented the players and staff are here. I’m determined to build something great for the club and the fans alongside them. I can’t wait to step onto the pitch at the Parc des Princes”.