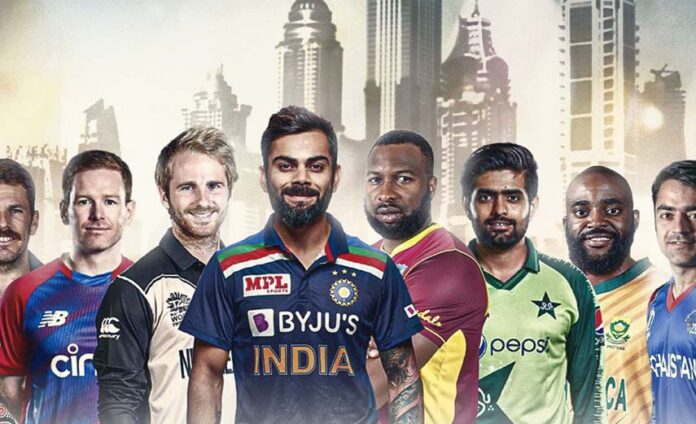 The T20 World Cup that began on the 17th of October with the associate nations battling out to seal a spot in the final groups is now in its full swing. On friday there were too big encounters with West Indies taking on Bangladesh in what was a very crucial game for both teams who were coming on the back of two straight losses.

West Indies started slowly and were struggling for runs before Nicholas Pooran came on a very sluggish and a difficult pitch and played a blinder of a knock scoring 40 runs of just 22 balls including 4 sixes and a boundary. What was special about that knock was how he came and scored these runs so freely at a quick pace with a strike rate of almost 200 where every other batsman was struggling to maintain a strike rate of 100.

Bangladesh started off cautiously and lost two wickets in the powerplay in quick succession. Saumya Sarkar and Liton Das stitched a healthy partnership and brought Bangladesh back into the game before the former ended up losing his wicket while looking to up the scoring rate. Bangladesh still did well to find a few quick boundaries after Saumya’s wicket and were almost back into the game before another wicket fell. The experience of Dwayne Bravo came in handy at the death and the West Indies somehow managed to finally win a game in this T20 World Cup with a margin of 3 runs.

Pakistan make it three in a row

After defeating India in the first game, Pakistan are in some serious red hot form this T20 World cup. They have played three games this worldcup and have won all three games and are sitting pretty at the points table with 6 points to their name.

They again put on a stellar show with both bat and ball against Afghanistan and they are certainly looking like the team to beat in this tournament and they have been playing like a side who have something to prove.

After winning the toss, Afghanistan skipper Mohammad Nabi chose to bat first. This came as a surprise as all 4 games that have been played at Dubai were won by teams chasing. Pakistan struck early and Afghanistan were already running behind the 8th ball during the course of the game. However they did fight back with some handy contributions from the lower middle order and ended up with a somewhat competitive total of 147-6.

Pakistan started off their innings in typical style and they were very cautious not to lose wickets upfront. After losing Rizwan in the third over, Babar and Fakhar Zaman stitched a decent partnership before Zaman got out to Nabi. Afghanistan tried to make a comeback into the game with the help of Rashid Khan and boy they made a match out of it.

Asif Ali just did Asif Ali things and it seemed just like Deja vu from the previous game. Pakistan were in a spot of bother with 24 required from the last 2 overs with 5 wickets in hand and Asif Ali and Shadab Khan on the crease. Asif Ali smashed 4 sixes in the 19th over and Pakistan cruised their way to the top of the points table making it yet another amazing game of cricket.

There are some very crucial games that will be played on saturday as far as Group 1 is concerned where South Africa take on Sri Lanka in the first game of the day. Both teams have played two games and have won one game and lost one too. But considering there are only 2 teams that will be selected from each group and with Australia and England winning two out of their two games, both these teams will be looking to gain momentum and gain those much needed two points if they are to stay alive in the competition and move forward.

Well, any Australia vs England game is worth its weight in popcorn (and load’s of it)

But when the game is set to be played during the World Cup, it makes matters even more intense. Both teams have been superb in this World Cup and have won two out of their two games. Both of them seem very tough to beat. But who will win it for their respective teams, it all remains to be seen.

Trinbago zap the Zouks as Jamaica make it to the semis