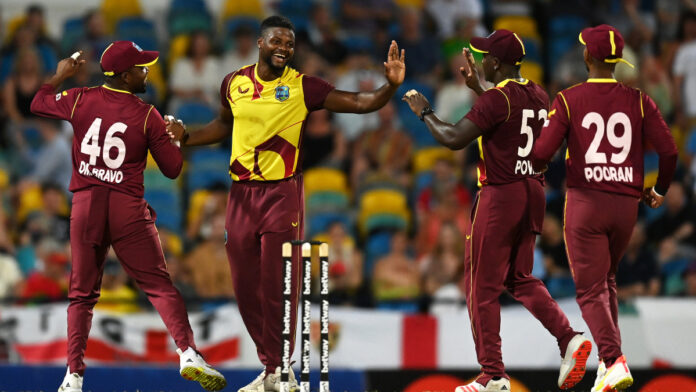 The World Cup fungama is now about to begin. Some of the best teams in the World will go toe to toe with one another in the shortest format of the game to be crowned the ultimate T20 Champions. What stands out about this year’s T20 World Cup is that two of the previous champions of this format – Sri Lanka & West Indies will be participating in the playoffs with the other teams to play with the big boys and the big teams.

Now if you look at it from one angle, it shows you how greatly cricket has evolved over the years. It shows how quickly the teams who were considered underdogs now have a place already reserved at the table while the previous champions have to take the qualifying route.

On the flip side, if you want to look at it from the other angle, you will see how some of the biggest teams have lost their spark. It’s almost funny that the two-time T20 Champions have to take this route to qualify for the World Cup. Sri Lanka – A Team that dominated cricket in the previous two decades has now suddenly all of its biggest stars and is going through a major rebuild after many years. But hey – they are still the champions of Asia and when the T20 Champions of Asia have to play a qualifier to enter the World Cup, it is again kind of a little funny.

But this is the ICC T20 World Cup qualifiers we are talking about. And the qualifiers are not just about the big teams, they are about the small teams too. 12 matches will be played between the 8 teams who will play three games each. The top two teams amongst these 8 nations will qualify and find a place in the Super 12s with the big boys.

Namibia, Ireland, Scotland, Netherlands, West Indies, Sri Lanka, United Arab Emirates & Zimbabwe are the 8 nations that will go toe to toe for the seat at the bigger table.

All the focus will be on West Indies and Sri Lanka as both of these teams will be considered the firm favourites to qualify considering the stars and the quality they possess. On the other hand, you also cannot rule out the possibility of a huge upset by any of the other teams. Firstly, each team will play only three games and a little loss here and a little rain or any issue here or there might change the overall look of the points table very easily.

Zimbabwe has already beaten Bangladesh fair and square and has shown that this unit is coming along quite well. They have been playing some amazing cricket for quite some time and they will be hoping that they can do it on the big stage.

Ireland too will be thinking that they have a chance too. Ireland has been playing some outstanding cricket for the past year and they will be looking to make a name for themselves and show the quality and depth their side has.

Who do you think will be the two teams who will qualify?