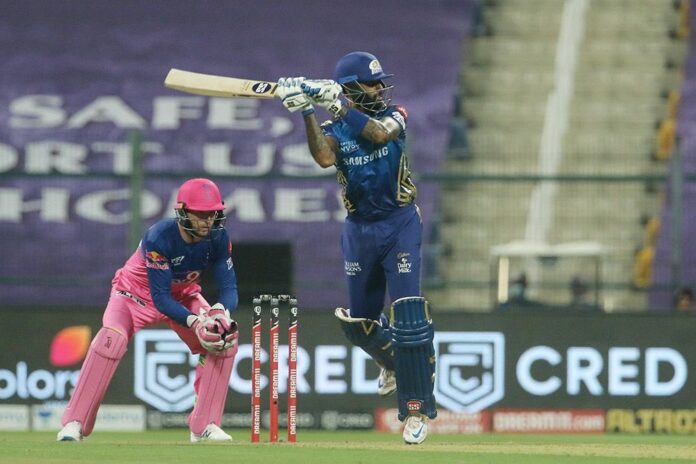 There are no two ways about the fact that Mumbai Indians are one of the most talent-rich teams in the IPL.

From the very beginning, they have been home to some of the biggest stars like Sachin Tendulkar, Rohit Sharma, Jasprit Bumrah, Lasith Malinga, and Keiron Pollard.

It also currently features some of the regular team India players like the Pandya brothers, not to mention the excellent pool of international players like Quinton de Kock and Chris Lynn.

To put it bluntly, it is a world of sharks and making a name for yourself in this world should be an extremely difficult proposition especially if you do not have an international career to get a head start.

Yet, Suryakumar Yadav has done just that.

Suryakumar Yadav was born in Mumbai on the 14th of September. He would make it into the highly competitive Mumbai side in 2010. He would establish himself as a dependable middle-order batsman and that would earn him the opportunity of a lifetime with Mumbai Indians in 2012.

The team back then still had a lot of frontline international batsmen and Yadav would only get to face four balls throughout the 2012 season though.

He would get no match time in 2014. Kolkata Knight Riders then picked him up in 2014 and for the next four years, he would play a pivotal role in the side’s success which included the championship that very year and another two playoff appearances.

In 2018, he would be bought back by Mumbai Indians for an amount of 3.2 crores which was the highest ever paid for an uncapped player in the tournament’s history.

He would once again prove instrumental to the success of Mumbai Indians as well which would result in a title the very next year.

On paper, it is natural to question the need for an uncapped player in a team as talent-rich as Mumbai Indians but he plays in the all-important number 3 position, the most important position in the batting lineup.

Mumbai Indians have always been blessed with great openers and the same is true even now with Rohit Sharma and Quinton de Kock.

Yadav provides the perfect backup for these two. When they get off to a good start, he is able to accelerate the innings and gets the team to a good total.

If on the other hand, one of the openers loses his wickets, he can play the role of an anchor perfectly. He can play out the difficult overs while maintaining a healthy run rate.

This is especially useful when the team is chasing a big total.

He is also one of the more experienced players in the IPL. He has played 92 matches and has scored 1781 runs at an average of nearly 30 and a strike rate of over 134.

He has been particularly explosive in 2020 with a strike rate of over 155 and an average of close to 40.

Mumbai Indians are currently on top of the table and his current form has played a big role in that.

He gives the other batsmen the freedom to play their natural game and that is a very important quality to have in a middle-order batsman. His biggest strength is his ability to shift gears at a moment’s notice.

This was on display during the recent match against Rajasthan Royals. Mumbai would get off to a good start but would lose three quick wickets with 10 overs still to go.

Yadav played a tactful inning that began at a rate of run a ball. He would then choose the opportune to accelerate and would score an unbeaten 79 off just 47 balls.

This would help them set a daunting target of over 200 which would prove too much for the Rajasthan Royals. Apart from this, he has played a lot of important cameos during crucial moments of Mumbai’s matches so far.

The competition has gotten a lot stronger in the IPL and with the tournament getting into crunch mode, players like Suryakumar Yadav will prove invaluable to their teams.

Mumbai Indians are looking to defend the championship and his form will be an important factor in whether they are successful in that endeavour.