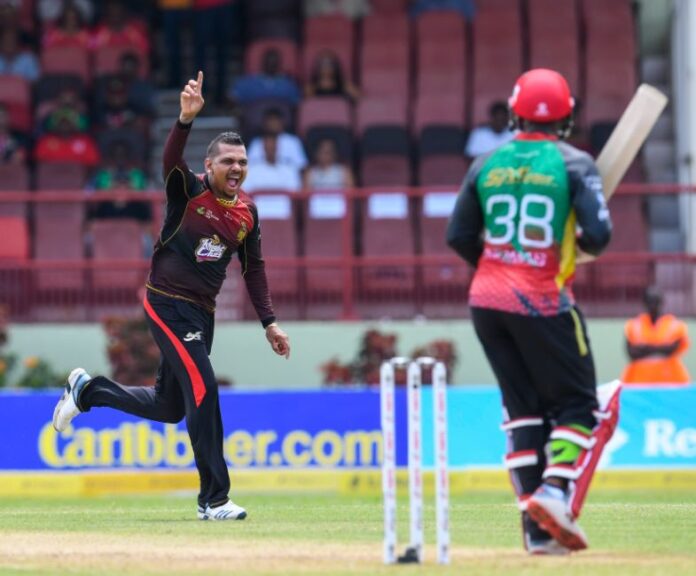 This is the second part of our series on the analysis of the various squads playing in CPL 2020.

Trinbago Knight Riders put its faith in the tried and tested players, with 10 retentions.

The 3 times CPL champions also went for balanced strategy and picked 3 batters and 3 bowlers. Let’s make a SWOT analysis of TKR squad picks in the draft for this year’s CPL T20.

TKR squad appears to be balanced, with a mixture of local and overseas talented cricketers.

The team owned by the Bollywood star Shah Rukh Khan went with a plan of retaining the best available local players within the squad. The likes of the hard-hitting Pollard, the champion Bravo, Lendl Simmons, and Sunil Narine were already part of the TKR team before the draft.

The 3 times CPL champions have a slight advantage over other teams as their local players are proven T20 specialists. Seasoned T20 players like Kieron Pollard, DJ Bravo, Sunil Narine, and Lendl Simmons, have played in almost every major league around the globe, and will be part of Trinbago’s squad.

2) Depth in the Top order

The team lead by Kieron Pollard has greater depth in the top order, compared to other teams. The Kiwi duo, Colin Munro and Tim Seifert, along with Caribbean batters: Lendl Simmons, Sunil Narine, and Tion Webster, all will be available for the top 3 batting slots.

Tim Seifert will be debuting in CPL T20 this year. The Kiwi wicket-keeper batsman hasn’t played in any T20 league so far, but he has done well in the T20 format for his national side.

Unlike his fellow countryman, Colin Munro who has been a part of the TKR family since 2016.

The fearless Kiwi opener was TKR’s go-to guy in the 2018 season. He was the leading run-scorer in 2018’s edition of CPL with 6 fifties, and led his side to the second consecutive CPL title. The 33-year-old lefty will be hoping to replicate the same form this season too.

Fawad Ahmed and Pravin Tambe are expert wrist spinners with plenty of experience in the T20 circuit. The former has played in almost every major cricket league except IPL; whereas, the latter will be the first Indian to play in CPL T20.

In fact, Tambe has played in the IPL for 4 years and, he was also a part of Kolkata Knight Riders for the season until he was barred from participating in IPL 2020 by the BCCI.

The experienced duo of right-arm wrist spinners will be supported by Khary Pierre, a left-arm orthodox bowler from Trinidad & Tobago.

Pierce has played in the CPL for the last 3 consecutive years, and possesses an economy of 6.8 with 25 wickets in 25 CPL matches. Sikandar Raza, the all-rounder from Zimbabwe, will also be available as a part-time spinning option.

TKR appears to have a balanced squad with back-ups for both batting and bowling options. Having said that, they seem to lack quality fast bowlers.

Ali Khan is their prime wicket-taking fast bowler, but he too can be on the receiving end, especially in death overs. This fast bowler, from the USA possesses a career economy of 8.6 in the CPL.

Having finished last in the previous season of CPL T20, Jamaica Tallawahs went for a complete restructuring of their squad.

The side led by Rovman Powell went with only 4 retentions, the least by any franchise for this year’s CPL draft. This time around, the Jamaicans appear to be stronger and more formidable than the previous year.

Let’s check out some of their key players for the CPL 2020.

1) Well-known batters for the finishing overs

Tallawahs possess one of the best trio of batters for the death overs. The likes of the World T20 2016 hero, Carlos Brathwaite, the powerful Andre Russell, and the hard-hitting slogger from Pakistan, Asif Ali, will be part of the explosive Jamaican batting side.

The Faisalabad-born Ali has established himself as a well-known T20 batsman within a short span of time. He came into limelight in the Pakistan Super League. The aggressive middle-order batsman put up some fearless batting performances during the 2018 PSL, and he was ultimately rewarded with the national side call-up.

The 2016 CPL champions have mystery spinners in the form of Shamsi and Lamichhane this year. Both the spinners have previously played together for St Kitts & Nevis Patriots in the 6th season of CPL. And both have been unplayable in their CPL careers so far.

The right-arm wrist spinner from Nepal has taken 15 wickets in 11 matches in the CPL with an economy rate of just 6.4.

The CPL fans will get to see the quirky celebrations from Shamsi this season. Tabraiz Shamsi, the South African left-arm wrist spinner, averages 19.6 with 33 CPL wickets in 25 matches.

Moreover, Tallawahs can also utilise the left-armer from Guyana, Veerasammy Permaul, as a back-up spin-bowling option. The side possesses a good depth in the spin bowling.

Jamaica Tallawahs appear to have a sharp fast bowling line-up. The side possesses young fast bowler, Oshane Thomas, as the leading bowler, along with fast bowling all-rounders, Carlos Brathwaite and Andre Russel.

Moreover, this year will also mark the comeback of veteran fast bowler, Fidel Edwards, who will be returning to the CPL after a gap of 4 years.

The 2016 CPL champions have crafted a well-balanced squad; however, there are certain weak links in the squad.

The top order of the Jamaican side seems rather shaky compared to other squads. Their notable top-order batsmen include Chadwick Walton, Glenn Phillips, and Rovman Powell. But they might dearly miss the presence of an established middle-order batsman who can bat deep and win them matches.

The table-toppers of the previous CPL season, Guyana Amazon Warriors, have made certain changes to their previous squad.

The side will not have the presence of their ex-captain, Shoaib Malik. The veteran all-rounder from Pakistan will miss out this season due to his national commitments. Hence Aussie all-rounder, Chris Green will donning the skipper’s role this year.

The 2019 CPL runner-ups haven’t made many changes to their previous season’s squad. They have only replaced players who were unavailable. These are some of the plus points.

1) Hemraj & King will be ready to shine again

Guyana Warriors finished 1st in the previous season. And one of the major contributors to that was the side’s formidable batting line-up.

Three of their batsmen, Brandon King, Chandrapaul Hemraj, and Shoaib Malik, finished in the top-ten run-scorers list of the CPL 2019 with Brandon King topping the table.

The Guyanese side will be hoping to see the same heroics from the dashing opener this season too. He’ll be accompanied by Chandrapaul Hemraj, an emerging left-handed opener from Guyana. Both the openers will be ready to start off from where they left, the last season.

Moreover, the Warriors have seasoned T20 local batsmen in the form of Nicholas Pooran and Shimron Hetmyer in the middle order.

Nicholas Pooran has a vast experience of playing in the CPL as well as all around the world. He has played 6 out of 7 CPL seasons and has done well with the teams he has represented so far.

Guyana Amazon Warriors will surely miss the absence of their former captain, Shoaib Malik. This is the reason why the franchise has opted to go for the experienced Kiwi middle-order batsman, Ross Taylor.

The 36-year-old batsman can be an ideal replacement as he has the ability to play till the end and finish games for his side.

3) Good finishers for the death overs

Besides, the 5 times CPL runner-ups have aggressive batsmen like Sherfane Rutherford and young all-rounder Keemo Paul, to launch big shots in the death overs. This group of established T20 batters makes the Warriors one of the most feared sides this year.

Along with the quality batsmen, the franchise has been able to assemble quality spinners as well for this season. All three spinners, Imran Tahir, Qais Ahmed, and Chris Green were part of the Warriors side, the last session as well. Fans can’t wait to see Imran Tahir taking off after a wicket!

The fast-bowling options appear a bit shaky. Their notable fast bowlers include Keemo Paul, the young U19 fast bowler, Ashmead Nedd, and the unexpected pick, Naveen Ul Haq from Afghanistan.

It would be interesting to see how this group, full of young cricketers with a couple of experienced cricketers, gel together and perform this season.

Who is Rayad Emrit?