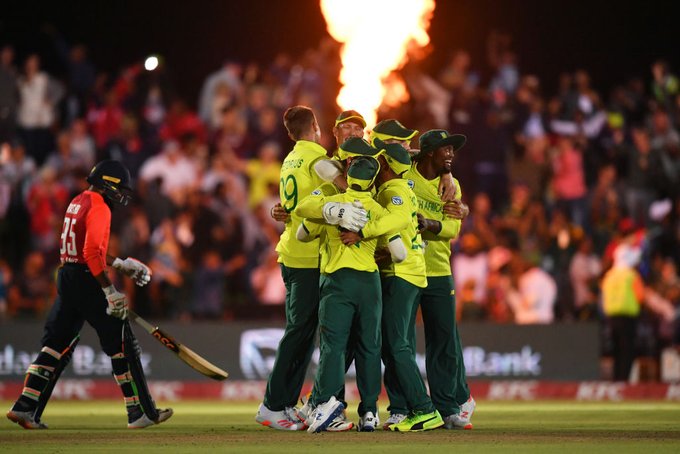 South Africa has been playing some delightful cricket since the start of this year. Starting right from the beginning of this year when they handed India back-to-back losses in back-to-back series, first at their backyard and later in India. They have a new team, a new leader and also new energy. South Africa has found some serious depth in their batting too.

Take the current series against England as an example. In the three-match T20I series, South Africa has been the better side in almost all three games. In the first T20I, they conceded a lot of runs which made winning the first game impossible to win. Yet, they still managed to score almost 200 runs thanks to an amazing knock by 21-year-old Tristan Stubbs. The youngster scored an impressive 72 runs in just 28 balls that included 2 fours and 8 sixes.

In the second game, South Africa were all over England. Batting first, South Africa scored 207 runs in their 20 overs. Reeza Hendricks 57 runs in just 33 balls and Rilee Rossouw scored 96 runs in just 55 balls that included 10 fours and 5 sixes. South Africa then bundled out England for just 149 runs and won the game comfortably by 58 runs.

In the final and the third T20I too, South Africa did not loosen their grip. They started a bit cautiously but made up for it in the end. Reeza Hendricks scored yet another 50 making it 3 half centuries in a row. South Africa scored 191 runs in their 20 overs with half-centuries from Reeza Hendricks and Markram. In reply, England were bundled out for a paltry score of 101 runs thanks to an amazing fifer from Tabraiz Shamsi. He took 5 wickets in his 4 overs giving away just 24 runs. South Africa won the final T20I by a massive margin of 90 runs. They clinched the T20I series and that should give them a ton of confidence.

Given how well they have been playing recently, it would be a bold statement but it would also be a smart statement to say that South Africa are the dark horses to win the T20 World Cup in Australia. They look very settled as a team. Right from the top order, to their middle order to some serious finishers and a very settled bowling unit, they have a very settled team already. Barring India & Pakistan, no other team will be more confident than South Africa regarding their current squad if the world cup was to happen in a few days. They have a ready squad and a very settled squad. And with the time, they have in their hands, expect South Africa to go big in this edition of the T20 World Cup.