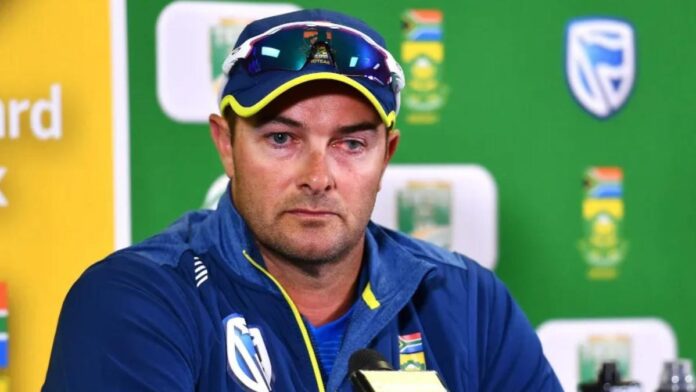 Team India has just boarded their flight to Australia for the T20 World Cup. Meanwhile, South Africa who are set to play alongside India in the World Cup have stayed back to play 3 more ODI’s. Now you would think, “What the heck is going on? “

Why are South Africans playing an ODI just days before the T20 World Cup?

You might be thinking that this series is a dead rubber for all the right reasons.

But ask South Africa, is it irrelevant or a dead rubber for them?

South Africa are currently ranked at 12th position in the ICC points table as far as the 50-over format is concerned. Next year, there is a 50-over World Cup in India and the top 8 teams will qualify. South Africa have 8 more ODI’s to play before that which includes 3 against India and 5 against the Netherlands at home. Even if they win all of their games, they might still not be assured of a place in the 50-over World Cup and they might have to take the qualifier route. For a country that has produced some of the biggest legends of the game, this might be utterly embarrassing. South Africa has played in every World Cup since 1992. Being a team of their stature, if South Africa has to play in the qualifiers to play in the World Cup this might be a little funny.

And to add to their woes, all is not well in the South African dressing room. Head coach Mark Boucher has announced that he will part ways with the team after the World Cup even though his contract with the board expires a year later. Captain Temba Bavuma was unsold in the South African T20 auction. And to make matters worse, he scored just 3 runs in the 3 innings he played in the T20 Series against India.

So a captain facing confidence issues, a team struggling to win after their losses in England and then the T20 series in India. Issues in the dressing room and the head coach set to leave a year early. These are hard days if you are a South African cricket fan.

On the contrary, team India will be having a gala time in this series. The T20 squad has already left for Australia. Shikhar Dhawan will be leading the young guns of India in this ODI series. Rajat Patidar & Rahul Tripathi will be the debutants everyone will be waiting to see in this series. The series will also provide some good match practice to some of India’s reserves in the T20 World Cup like Deepak Chahar and Shreyas Iyer.

All in all, we are set for a cracker jacker of an ODI series.

Let us look at the predicted playing XI of both teams.

England vs India 1st ODI Match Preview & All You Need To Know.

India Clinch Series Victory Against The Aussies In A Record-Breaking Chase,...