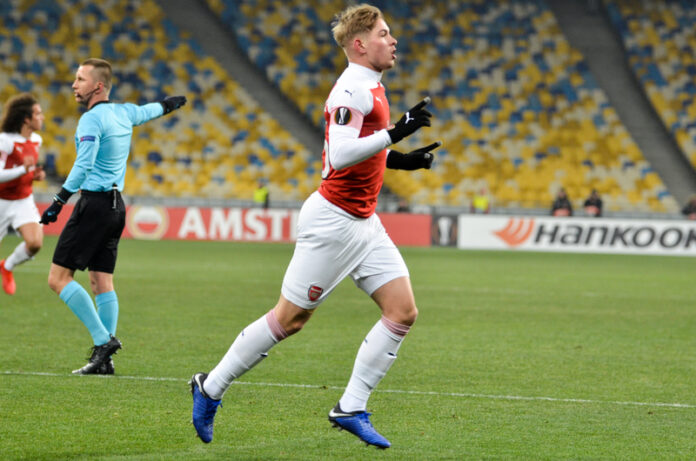 Emile Smith-Rowe scored the only goal of the match as Arsenal bagged a 1-0 win over Chelsea on Wednesday evening at Stamford Bridge.

The result has moved the Gunners above Everton into eighth position in the Premier League table.

Liverpool remain seven points behind Chelsea but have two games in hand.

Kai Havertz missed a big chance for Chelsea in the 11th minute of the contest as he fired over the crossbar from inside the shooting area.

A poor back pass by Blues midfielder, Jorginho led to goalie Kepa Arrizabalaga scrambling back towards his own goal.

However the ball came to Pierre-Emerick Aubameyang, who promptly gave it to Smith Rowe to complete the formalities.

Mason Mount had two attempts at goal in the first half but both were blocked.

After about an hour, Pulisic scored but the goal was disallowed following a VAR check, with the American clearly in an offside position.

Goaded by Thomas Tuchel on the touchline, Chelsea continued to press for an equaliser as both Kurt Zouma and Olivier Giroud hit the crossbar in succession.

It was a much-needed victory for Mikel Arteta’s Arsenal.

With three points in the kitty, they can hope to qualify for European League football by winning their last two league matches against Crystal Palace and Brighton & Hove Albion.