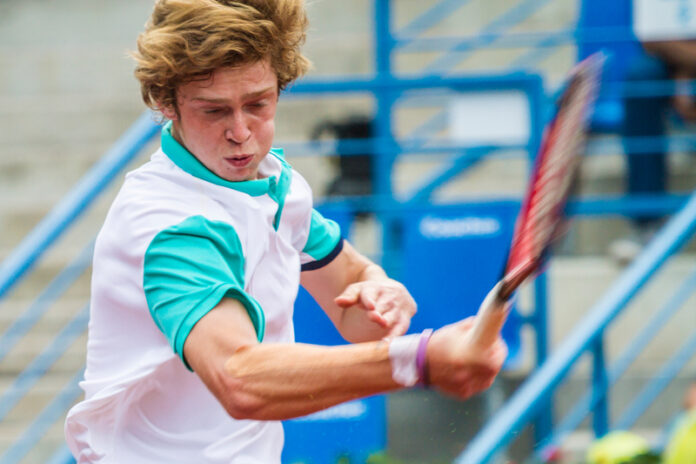 Rafael Nadal rolled back the years with his clay-court masterclass performance against Australia’s Alexei Popyrin at the French Open 2021.

Nonetheless, the tennis fans were in for a great show today as several upsets and top-notch performances took place at the Roland Garros.

The veteran Spaniard overwhelmed Alexei Popyrin 6-3, 6-2, 7-6(3) to kick off his French Open campaign in the typical Nadal fashion.

The scoreline may suggest that the win was a walk in the park for Nadal, but the case was different.

Popyrin, 21, troubled Nadal fairly with his hard-hitting and did not go down with a fight.

His heavy hands even earned him praise for the tennis maestro.

Nonetheless, the 13-time French Open winner will face France’s Richard Gasquet on his 35th birthday on Thursday’s second round.

He admitted that his laziness lost him a lot of points at the beginning of the match.

Monfils registered 75 unforced errors while sending down 12 aces and 60 winners.

The Frenchman has been on the losing side of major tennis tournaments this year.

At the Australian Open, he went on a losing streak and admitted to his nose-diving morale in a post-game conference.

With his form slump ending, Monfils has an opportunity to live up to the hype he enjoyed until a few years back.

German prodigy Jan-Lennard Struff upset the odds by defeating Russia’s Andrey Rublev 6-3, 7-6(6), 4-6, 3-6, 6-4, knocking him out of the Roland Garros much earlier than he must have anticipated.

The unseeded player believes this is a “huge win” for him, whereas the Russian juggernaut feels the luck wasn’t on his side.

Struff first broke Rublev as he served for the second set.

Later, he came back from 5-4 down to edge the tiebreak. The Russian faltered after claiming the next two sets as he broke for 4-3 in the third and 4-3 and 6-3 in the fourth.

He lost serve to fall 2-1 behind in the decider, not being able to convert two crucial breakpoints.

After seeing Rublev off, Struff will next meet Facundo Bagnis in the second round of the competition.

Top-ranked Ashleigh Barty had to exhibit her A-game against Bernarda Pera in the opening round to clinch a narrow victory.

What makes this win special for Barty is the way she held herself together till the end despite dealing with an injury.

When Pera hit 19 unforced errors in the deciding set, Barty made the most of her opponent loss of focus and smacked clever combinations.

At one point, it seemed like the top-ranked star would not resume the game due.

She was seemingly struggling with her left thigh that was bandaged and received medical treatment mid-game.