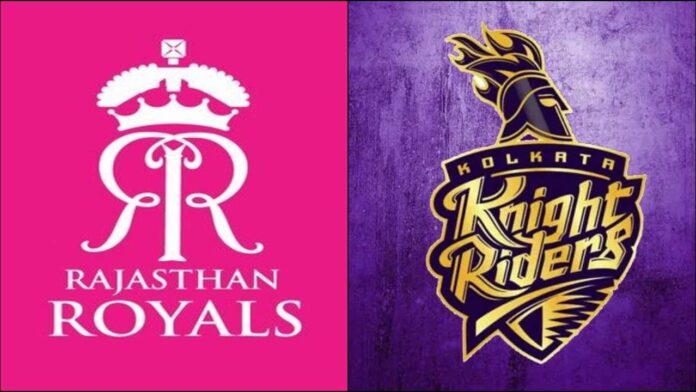 Rajasthan Royals vs Kolkata Knight Riders – A tale of two teams who have done quite well in the tournament but are coming to this game needing a win. After what happened in the previous games, KKR will want to just try and forget about it and start afresh and focus on the game in front of them. They have been almost brilliant in the tournament so far.

And Speaking of brilliant, how good the Rajasthan Royals have been this season. They seem to have a very settled top order, reliable and destructive middle order and one of the best bowling attacks in the tournament by a distance. Trent Boult, Yuzu Chahal, R Ashwin & Prasidh Krishna have been nothing short of brilliant and they have become one of the most feared bowling attacks in the tournament already.

Kolkata will be aware of the fact that their bowling is not as potent as their counterparts. However, they will also know that one of the biggest problems they will have to contend with will be Jos Buttler. He might just take the game away from them. Rajasthan on the other hand will come prepared on how to take on Dre Russ who has been in sublime form this season. No matter how good or bad the rest of the 10 KKR players play, if this guy has a good day, there will only be one winner.

This match will be played at the Brabourne Stadium which has been a very batting-friendly surface in the tournament so far. Brabourne has been one of the highest-scoring grounds and so it will be difficult to predict what sort of a total will be considered as a good score specially when you consider that there will be plenty of due around in the latter half of the innings. The ritual will remain the same – the captain winning the toss will choose to bowl first as it helps negate the due factor.

LSG vs CSK Preview, Stats, Playing XI And All You Need...