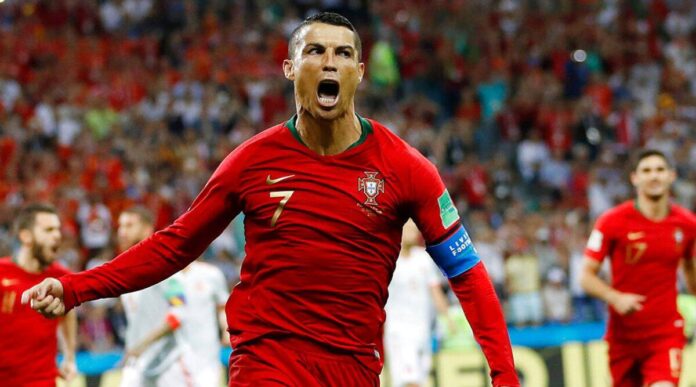 Talk about making someone an offer they cannot refuse. Saudi club Al Nassr have done exactly that.

Who said that interview with Piers Morgan was bad? Ask Cristiano Ronaldo. He got everything he wanted. An early exit from Manchester United just before the World Cup and the opening of the transfer window in January. The World Cup is now his stage to perform and show the world that everything that happened with Manchester United is because of the club and not because he has lost his class. He has already scored once in the two games he has played and he will be looking to set the world cup on fire. And to top things off, he has already received one of the biggest offers ever in the world of football. An offer of €200m (£173m) per year and that too for two and half years.

Ronaldo has not decided on his future club yet as he is solely focused on the World Cup. But if he has a good World Cup, things can go any way. If you know and have been following Ronaldo, you’ll know that he would still want to play at the top level. But when this kind of money is offered, he might be inclined to say yes. Remember, he is still one of the best players to have played the game (maybe even the best), so maybe if he has a great World Cup he might join a Champions League side as well. As they say, anything can happen in football.

Where do you think Ronaldo will be headed right after the World Cup?

Lionel Messi has a lot of records to his name. But one record he wouldn’t want has now in his name. After failing to convert a penalty in the game against Poland, Messi has become the first player in World Cup history to miss two penalties in a World Cup.

Argentina were playing a must-win game against Poland with the other 2 teams Saudi Arabia and Mexico also fighting for a place concurrently. At halftime, both these matches had a similar score line of 0-0. And anything seemed possible. But somehow Argentina found a way to come back and storm into the knockouts.

Mac Allister scored for Argentina in the 46th minute just after halftime and Alvarez scored Argentina’s second goal in the 67th minute to seal the deal. Argentina will now play Australia on the 4th of December for a place in the quarter-finals.

How far do you think Argentina will go in the World Cup?

No matter what happens and how well the tournament is going, FIFA World Cup 2022 has been in the news for all the wrong reasons. Another one that is heavily being talked about is the timing of the World Cup in November-December in the middle of the season resulting in truckloads of injuries and many key players missing out. Recently, Neymar was also ruled out for the group stages owing to injuries.

Ben White from England and Nuno Mendes from Portugal are some of the new names on the list. Earlier, Karim Benzema was also ruled out due to injury.

What is a World Cup without some of the best players in the World one may ask.

Paul Pogba, Marco Reus, Sadio Mane, Diogo Jota, and N’Golo Kante are some of the other big names who already missed the World Cup because of injuries.

KKR vs RR Match Preview, Stats, Pitch Report, Playing XI And All You Need To Know

Favourites To Win The Hundred 2022