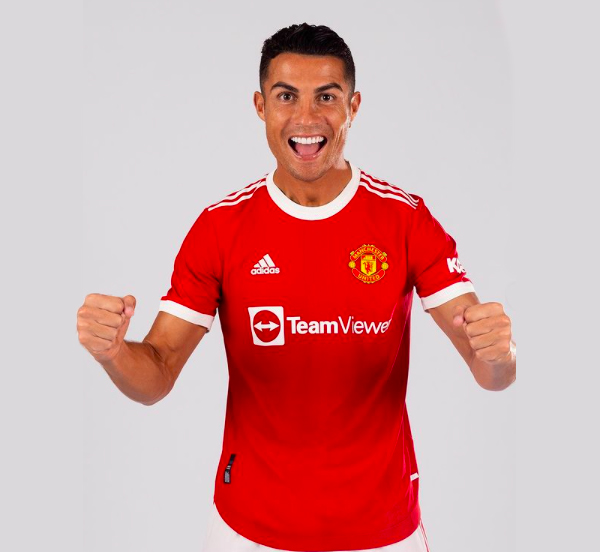 If there was ever a fairytale ending that could have been scripted in heaven to do justice to a fairytale career, it still wouldn’t match the one that’s just happening right now with Cristano Ronaldo and Manchester United. After sudden speculation that Ronaldo wanted to leave Juventus and was negotiating with arch rivals Manchester City. Ronaldo’s and Manchester United’s fans all over the world, let’s say almost a few hundred million people, give or take, including us were tensed, sad and disturbed. The whole generation of fans who grew up watching him in a red Manchester United shirt and the whole reason they started watching football or supported United were now worried as their childhood memories were about to be tainted. The whole generation of fans who still watch youtube videos routinely as a habit of Ronaldo’s days in United even though it’s been more than 12 years since he departed from United were shaken.

There was a sudden twist of fate, only this time the twist was sweeter (or sweetest, if we may say).

Manchester United stepped in at the last minute to get their prodigal son back to where he belongs – Home.

Manchester United head coach and manager – Ole, who also happens to be an old team-mate of Ronaldo said during a press interview :

“If Cristiano ever wants to move away from Juventus he knows we are here. For me he is the greatest player of all time. We have had a bit of communication and I know Bruno has been talking to him as well.”

After this, there was an avalanche of efforts. Former Manchester United team mates were calling Ronaldo to make him join United or refrain him from joining City, we know not, but it sure as hell worked.

Then, there was his Portuguese team-mate Bruno Fernandes who was in constant touch with him as Ole said. When Bruno was to join Manchester United, two years ago, Ronaldo had a big hand in convincing him. And now agent Bruno was just returning the favour back by bringing back his idol to the club where it all began for young Cristiano Ronaldo when he was just 18. Perhaps this is the best Assist Bruno will ever make for United? What do you say United fans?

And then there was a call from a certain Scottish Manager. Yes, the same manager whom Ronaldo started playing under when he started out at United. The greatest manager of all time – Sir Alex Ferguson. And when the boss calls and says something you gotta listen. Ronaldo considers Sir Alex as his father figure as it is. And then the two G.O.A.T’s had a conversation that would lead to a decision that made some fans even cry out of happiness. Sounds hyperbolic? Well, watch this celebration during a wedding. You will be able to make out what they are more happy about – the wedding or Ronaldo joining United. (And the wedding isn’t the right answer)

And within 24 hours, everything was negotiated, terms & deals were finalised and then came the announcement that broke the internet but brought happiness to the hearts of millions of hundreds of people. Ronaldo is coming home. He is coming back to Manchester United. He will be playing at Manchester United’s home ground – Old Trafford again. It’s the mecca of football and now it has one of its brightest stars ever, back in it, and boy Manchester seemed in a Christmas like mood the day this was announced. Old Trafford  – the home ground of Manchester United is also known as the ‘theatre of dreams’.

The ‘theatre of dreams’ was dreaming again.

The theatre of dreams couldn’t have asked for a dreamier ending to Ronaldo’s career.

Once, the announcement was made. It was a celebration of life time. It was like somehow happiness was restored back to earth. Again, does it sound hyperbolic? Well, ask the millions who were literally and actually jumping and dancing after the news.

The news broke the internet. The Manchester United official website crashed an hour after the announcement as way too many people were checking the club’s website to find out if the news was actually true. Twitter had to increase its bandwidth manifolds just to accommodate the number of tweets that were coming out and being shared after Ronaldo’s news came out.

This post has already received 13 million likes – the highest ever by a sports post on Instagram. Manchester United’s stock valuations grew by a staggering 8% after Ronaldo was announced. Their social media handles were flooded by likes, followers and comments.

But like we said earlier, most importantly, the theatre of dreams is now dreaming again.

He has a contract till 2023 with an option to extend further.

Do yourself a favour, watch every Manchester United game this summer.

Come back and thank us later!