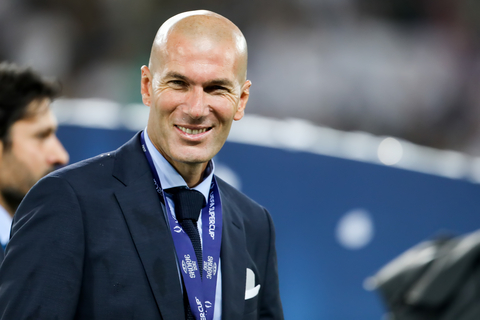 Real Madrid have won their 34th La Liga title. But surely, this is one of their most unique.

Zidane has been vindicated.

This triumph will ensure that he is the man who wields real authority in the world’s largest club, at least for the next season.

This could mean that one of the biggest hot potatoes in Real Madrid’s throat, Gareth Bale, will finally be swallowed or more likely, be spit out next season.

This year, Chairman Perez blocked his move to China at the very last minute.

Zidane was incensed but couldn’t do anything.

Next year, he will ask for his pound of flesh and Bale could finally move out on a loan transfer, bag, baggage and golf cart, included.

Which brings us back to this roller-coaster of a season for Real Madrid.

It’s fair to say that looking at the early season struggles, nobody expected this.

During the summer, Zidane spent heavily to improve all areas of his squad.

And although the end result was emphatic, the beginning wasn’t easy.

Eden Hazard suffered from injuries and Luka Jovic failed to settle in.

Questions were raised about Zidane’s ability to spot young talent.

And his fanatical devotion to fellow Frenchman, Karim Benzema.

There were also, a sea of doubts over the core of the team and players like Thibaut Courtois, Marcelo, Luka Modric and Toni Kroos.

It was an ‘ageing team’ – was the verdict.

Amongst all the signings, only Ferland Mendy passed muster.

This was followed by a 1-0 defeat at Real Mallorca – a real catastrophe.

But that was followed by an unbeaten run that survived trips to Mestalla and the Camp Nou.

But consistency was still a pipe dream.

One week, they lost to Levante.

But then, against all odds, beat Barcelona. Aided by Vinicius Junior and Mariano Diaz.

This was followed by another setback. A loss to Real Betis at the Estadio Benito Villamarin.

As a result, Los Blancos surrendered the top spot in La Liga just as Covid 19 halted the season.

Flawless performance after the break

Three months after that loss to Real Betis, Real Madrid returned to action behind closed doors at the Estadio Alfredo Di Stefano.

In the first match, they beat Eibar.

This was the start of a stunning 10-match winning run that would see Zidane’s men crowned as La Liga champions.

Sergio Ramos was a transformed man.

The French coach deployed different systems, something he has never done before.

Earlier, his biggest criticism was – no matter what happens, his tactics wouldn’t change.

But now, he experimented using wingers, five midfielders and four attackers on occasion.

In the end, after 11 months, Los Blancos came out on top as the strongest team, mentally and physically, and, above all, the best team.

It was poetic justice that Madrid’s most scrutinised player, Benzema delivered it, scoring twice against Villarreal.

His double took his tally for the season to 26 in all competitions.

Zidane will be smiling, for sure!

Barca were also in first place when they sacked Ernesto Valverde in January.

But they inexplicably lost his way when the season resumed.

‘Choking’ is too simplistic an explanation but fact is, Barca is now a clearly a one-man team.

Messi is the club’s biggest asset and also, ironically, the biggest obstacle to the club’s future.

If he is on the field, he is expected to create moments of magic in every game.

Messi is the piece of paper that hides the cracks of a team, whose most influential members are over 32 and on fat contracts.

Quique Setien is merely a place-holder.

“Things have to change,” said Messi. “Everyone here in the club will be feeling very angry about what has happened this season and that’s normal. The players feel like that too.”

Messi added: “We have to be self-critical, starting with the players, but across the whole club.”

It’s a sad end for Real Mallorca after they lost 2-1 at home to Granada but Alaves guaranteed their safety by winning at Real Betis.

With Espanyol already down, the final relegation spot will be between Celta Vigo, who lost 3-2 to Levante, and Leganes, who beat Athletic Bilbao 2-0.

Leganes are a point behind and play on Sunday at home to Real Madrid while Celta visit Espanyol.

Crawley out of squad due to bizarre injury