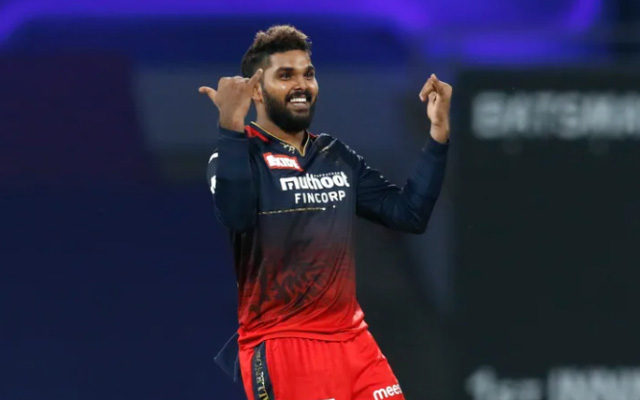 This IPL seems to be a series that keeps on giving!

Giving some huge thrillers and some huge jackpots to punters around the globe.

Only 7 matches have been completed in the tournament so far but most of these games have been major thrillers barring one or two games. Royal Challengers Bangalore vs Kolkata Knight Riders was another such major thriller.

After winning the toss and electing to bowl first, RCB bowlers were all over the KKR batting lineup. The ball was swinging and moving and the batsman had no answer. Venkatesh Iyer and Ajinkya Rahane started off the inning very shakily in the powerplay and that’s when everything started to crumble one by one.

Venkatesh Iyer was dismissed in the 1st ball of the 4th over and the score was only 13. Rahane was the next player to be dismissed when he was trying to clear the ropes but was pocketed by Shahbaz Ahmed at the boundary handing Mohammad Siraj his first wicket.

The KKR batsman kept attacking and kept losing wickets at crucial junctures. And even though their head coach really liked their audacity, their policy of attacking their way out of all the trouble failed this time and KKR was dismissed for a sub-par total of 128-10.

Wanindu Hasaranga – the all-rounder from Sri Lanka was the pick of the bowlers and picked up 4 wickets and gave away just 20 runs in his quota of 4 overs. Youngster Akash Deep was equally impressive, he bowled with a lot of pace and fire and he picked up 3 wickets. Harshal Patel as always delivered and picked up two wickets and Mohammad Siraj had one wicket to his tally too. So it was a combined team performance by RCB this time.

At half-time, the game seemed done and dusted and RCB looked all set to win as they had just scored over 200 in the last game and with the batting they had, chasing 129 seemed quite easy.

KKR’s pacing and their spinners were wreaking havoc on this RCB batting with their line and lengths. David Willey tried to stick around and stitch a partnership with Sherfane Rutherford but he too was dismissed for a score of 18 off 28 balls in the 7th over. Shahbaz Ahmed and Rutherford then stuck around and started to dominate and built a good little partnership and the match seemed done and dusted. But RCB had another brain fade moment and Shahbaz Ahmed was dismissed when the score was 101-5. Sherfane Rutherford soon followed him and the score was then 107-6. Wanindu Hasaranga also just hit a boundary and went back to the pavilion and the score was now 111-7. And the match was suddenly very interesting.

With 17 needed off 12 balls and only Karthik and bowler Harshal Patel were left to do the job on a difficult pitch. Thanks to Harshal’s too boundaries in the penultimate over, the match went RCB’s way otherwise anything could have happened.

We hope we have many more matches like these in the future.

LSG vs RCB Preview, Stats, Playing XI And All You Need To Know