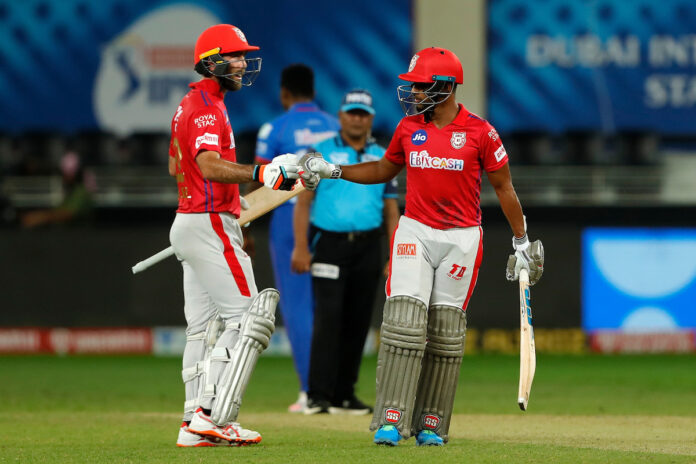 While Delhi Capitals is having a great tournament at the IPL 2020, there are a couple pf worrying signs.

They are too dependent on Shikhar Dhawan, who hammered his second successive century. His 106, studded with 12 fours and a six came off just 61 balls with a strike rate of 173.

Dhawan brought up his fifty off 28 balls and his hundred in 57 balls.

But his good work was neutralised by his team mates.

But the biggest shocker was Rishabh Pant, who has the reputation of being a big hitter, wasting 20 balls for his 14 runs!

A strike rate of 70 which is slow even by ODI standards.

Ultimately DC paid the price as they were about 20 runs short that could have made a difference.

With this vital win, Kings XI Punjab have kept their hopes alive.

In our earlier post, we had written how the win against MI could become the turning point for Kings XI and that’s exactly how it’s turning out to be!

Shaw is going through the batting horrors.

He fell to a well-taken catch by Maxwell off Neesham.

While nobody doubts his talent, there seems to be a feeling that Shaw is not putting a price to his wicket and not fighting hard enough.

Shaw had started the tournament strongly with 2 fifties in 4 matches.

Is it a dip in concentration or a flaw in technique?

It’s a fact that bowlers have started pitching the ball shorter when Shaw is at the crease. Shaw is often compelled to pull these short balls in order to force the scoring rate, which can lead to top edges.

Shaw needs to iron this out quickly if DC plans to go all the way.

After Shaw’s wicket, Shreyas Iyer and Dhawan retrieved the situation by taking the score to 73 when Iyer fell, caught behind, foxed by an Ashwin delivery.

The middle over caved in pathetically.

Dhawan scored a whopping 61% of his side’s tally which is a telling commentary on the contribution by other batsmen.

Shami was the stand out bowler for Punjab yet again with 2-28 in 4 overs. He kept Hetmyer and Stoinis quiet, no mean feat considering both are explosive pinch hitters. And even better, got both of them out.

By the 6th over, Punjab’s top three batsmen were back in the pavilion.

KL Rahul, Mayank Agarwal and Gayle had been dismissed and at 56-3, DC would have been smelt their chance.

But this Punjab team has a new steel in its spine.

And it helps that they also have in their midst, one of the most exciting batting talents to emerge from the Caribbean, since Chanderpaul and Ramnaresh Sarwan.

Nicholas Pooran is one of the cleanest hitters of the cricket ball in world cricket, make no mistake.

But the key to his batting is his mindset.

There is no mental baggage and Pooran’s batting philosophy seems to all about telling the bowler – Go, fetch!

With six fours. Three sixes. A strike rate of 189!

Maxwell finally showed his utility with 32 runs off 24 balls.

Rabada gave Punjab a scare by dismissing Pooran and Maxwell but when Maxwell fell at 147, the target was within reach.

Deepak Hooda helped himself to 15 off 22 balls and James Neesham with a big six, took Punjab home.

Though DC lost, they know in the heart of hearts that they could have won this. They could have got Pooran run out early in the innings but Shreyas Iyer’s throw was wide and Pant couldn’t dislodge the bails though Pooran was well and truly stranded.

PSL: Final of 24th June and other updates

Trinbago are the CPL Champions for the fourth time