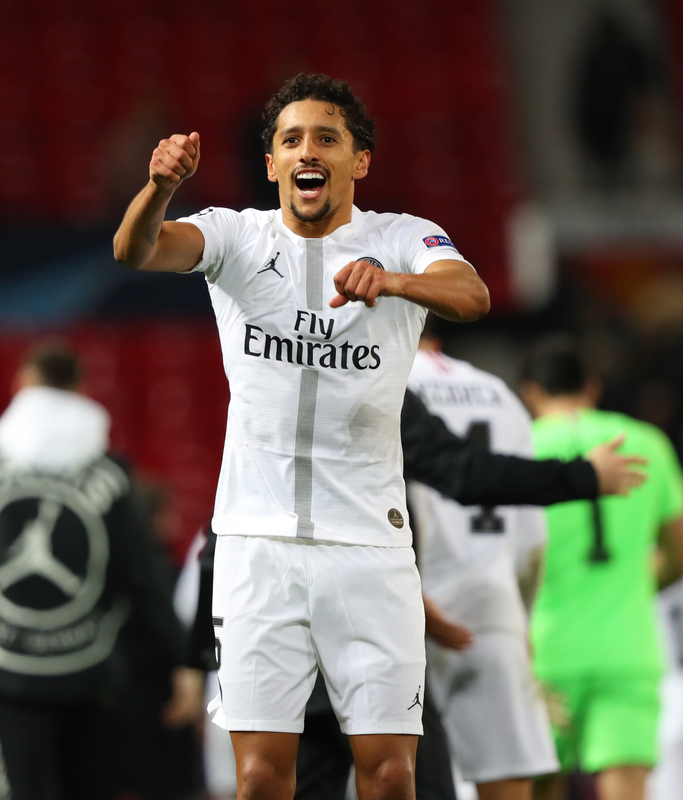 The Parisian outfit have found themselves at the receiving end of comebacks so often, PSG fans have to dig deep into history to find out when a comeback went in their favour.

Until last night that is!

After the horrors of Barcelona and Manchester United, PSG now know how it feels to turn the tables as a late resurgence helped them see off Gian Piero Gasperini’s Atalanta.

On paper, it seemed like an easy assignment for Thomas Tuchel’s men. Atalanta don’t have any names in their roaster, which could rival the likes of Neymar and Kylian Mbappé.

According to Transfermarkt, the entire club is valued at around €266.5m, which is slightly more than the mammoth €222m fee the Ligue 1 giants had spent to procure the services of Neymar Jr.

But, the colossal gap between the two clubs barely showed in the pitch.

In fact, it was the Serie A club, rather than their wealthy opponents, who dictated the flow of the game for most of the time.

Yes, PSG were missing a few regular starters because of injuries, but they still were supposed to have enough firepower on the pitch to be able to beat Atalanta comfortably.

Those who followed La Dea regularly this season had foreseen Atalanta coming out strong against the French powerhouse.

Gasperini’s side has played an unprecedented level of attacking football this season and outscored every single Serie A team. They scored 98 Serie A goals in 2019/20, which is 22 more than champions Juventus and 17 more than runner-ups Inter Milan.

They had brought their free-scoring form in Europe too.

In the round of 16, they had blasted 8 goals in the two-legged affair with Valencia to confirm their ticket for the quarter-finals.

Atalanta were unfazed by the star-studded squad of PSG and had a good start to the game.

Croatian international Mario Pašalić’s curled-in effort in the 26th minute almost proved to be the deciding goal of the game, before Marquinhos handed the Parisians a lifeline with his 90th-minute strike.

Up to that point, it seemed likely that PSG will suffer another pre-mature Champions League exit, and they will be ruing the string of chances they had missed.

PSG’s Brazilian talisman was brilliant in taking on players and prodding through the Atalanta defense with his miraculous footwork. However, he couldn’t deliver the same quality in front of the goalpost, as he missed three clear cut chances.

With the Ligue 1 called off five months ago, it was expected that this would impose a layer of rustiness in players, and it did.

PSG had superior possession, but they couldn’t do much with it. The lack of cutting edge was apparent. So, in a desperate attempt to gain control of the game, Tuchel threw Mbappé into the mix, who came fresh off an ankle injury.

Neymar had terrorized the Atalanta defence in the first half, but his wastefulness saw Atalanta custodian Marco Sportiello walking out with a clean sheet during the interval.

On the other end of the pitch, Navas failed to deny Pašalić but did brilliantly to save Alejandro Gomez’s and Hans Hateboer’s efforts.

Things didn’t change much after the second half restart. Mbappé shot straight at Sportiello and failed to pull the trigger later as José Luis Palomino dispossessed him with a marvellous tackle. Julian Draxler made a late cameo, but he was unconvincing as well.

The people of Bergamo have suffered a lot during the Covid-19 outbreak in Italy. It was one of the worst hit regions in the country, and the local club Atalanta has been the only source of joy for them. The Black and Blue seemed destined to make the Bergamo residents smile again with a historic win over PSG. But, luck wasn’t on their side last night.

90 minutes had past at Estádio Do Sport Lisboa E Benfica, and the score was still 1-0. It seemed like another disappointing exit for the Parisians, but all of a sudden, Marquinhos prodded Neymar’s cross into the net for making the score 1-1.

And only minutes later, Choupo-Moting’s extended leg guided a Mbappé pass beyond Sportiello’s reach and helped PSG seal a place in the UCL semi-finals.