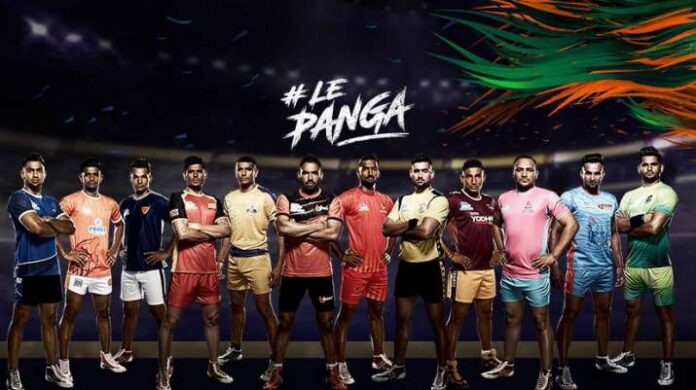 It has been a long wait. But it has certainly been worth the wait. Pro Kabaddi is finally back to entertain fans all across the country this holiday season after a 25-month gap. A league that took India and the world by storm but has not been on the cards for quite some time now due to Covid issues. The league is all set to begin with its 8th edition with as many as 12 teams participating in this star-studded event.

It is a one-of-a-kind tournament in a country where Cricket is the most followed game. However, Pro Kabaddi has surpassed all levels of love and expectations from fans all across the country. This is not smaller than any Cricket league or any football league. So dar kis baat ka? Le Panga as the slogan suggests!

The Pro Kabaddi League has the right mixture of sports, glamour, money, and loads of talent. And all these ingredients make up for an exciting serving of mouth-watering games and moments which leave the fans in sheer joy and awe. However, this year there are some slight changes. The first of these changes is that tall the matches will be played at a single venue at the Sheraton Grand Bengaluru Whitefield Hotel & Convention Centre

The players will be playing and staying in this venue and they will be staying in secured bio-bubbles which means that there will be fans at the venue which does take away some charm and life from the tournament. We all know, any sport is nothing without fans.

Pro Kabaddi, Where to watch in India?

The Pro Kabaddi will be streaming live on the Star Sports Network on TV and will also air on the Disney + Hotstar app so that fans all over the country can connect and watch their favourite Kabaddi tournament in the world.

This year, there has been an added twist to the format as far as matches are concerned. The first four days of the new season will be played in a triple-header format where three matches will be played back to back. After the first four days, the triple-header format will be reserved for the subsequent Saturdays only. This has been done to create more fuss and excitement about the league and it already looks like a successful idea. The matches will be held at 7:30 PM, 8:30 PM & 9:30 PM IST.

The first day of the new season will have three amazing encounters. First up we will have two former champions Bengaluru Bulls and U Mumba against each other. Then we will have the much-awaited Southern Derby where the Tamil Thalaivas take on the Telugu Titans. And the last game of the opening day will be played between the defending champions Bengal Warriors going toe to toe with the UP Yoddhas.

Hold onto your seats and definitely enjoy the ride folks! This one is going to be a fun and exciting affair. Toh #Fun88PeLePanga. Toh is Kabaddi Season aa Jao Fun88 pe and make it a season to remember, with more fun, huge prizes and also to get 3X Rewards-  https://bit.ly/3bwTufc

Did Loss Of Captaincy Go A Long Way In Virat Kohli Loosing His Confidence?