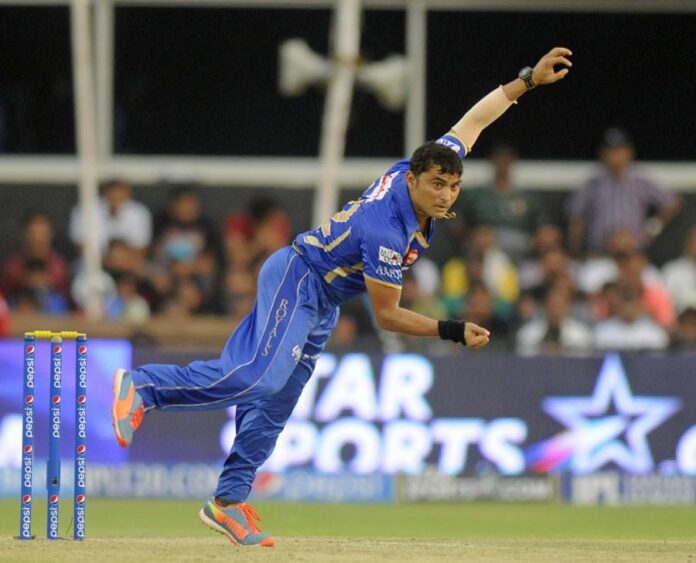 Pravin Vijay Tambe may not be a household name.

Nevertheless, he has the distinction of being the only Indian-born player who will feature in the upcoming 9th edition of the Caribbean Premier League (CPL).

However, it is not his nationality that makes him stand-out but his age and his unusual back story.

Tambe is the definition of a late bloomer.

A man who never played first-class domestic cricket, but was picked at the age of 41 to play in the Indian Premier League for the first time, and is still going now at the age of 48, when all of his contemporaries have long since hung up their spikes.

In fact, he might even have been ready later this month to jet off to the UAE with the rest of the Kolkata Knight Riders (KKR) squad to prepare for this year’s IPL. But the BCCI declared that he was ineligible.

So, instead he will be plying his trade for Trinbago Knight Riders (TKR) in the Caribbean, having been selected by them in the draft.

Wanted to be a fast bowler

Tambe wanted to be a fast bowler when he was younger but was convinced to turn to leg spin by his captain at Orient Shipping.

Not judged good enough to play first-class cricket, he toiled away in league cricket in Mumbai for many years. And then, having entered his 40s, he was plucked from obscurity and selected to play for the Rajasthan Royals in the 2013 IPL.

That made him the oldest man ever to play in the IPL, and later that same year, he featured in the Champions League as well, where he received the Golden Wicket Award as the leading wicket-taker.

The following season he took a hat-trick for Rajasthan in the IPL playing against KKR in Ahmedabad, and, at one stage that season, topped the charts for the most wickets taken by any bowler in the league.

Tambe stayed with the Royals for three seasons, and then after they were banned for two seasons, played first for the Gujarat Lions and then the Sunrisers Hyderabad.

However, by then his performances had started to tail-off, and he failed to find any buyers in the auctions for either 2018 or 2019.

Most players would have assumed that their career at the top-level was over – but not Tambe. He was bought by KKR in the 2020 auction for 20 lakhs, but his hopes of a fairy tale return to the IPL were dashed by the BCCI.

They have a rule that any active Indian player who wants to take part in the IPL is prohibited from playing in any other foreign league. And, because Tambe had participated in a T10 league in Abu Dhabi he was ruled out.

In the end, Tambe decided to officially retire from Indian cricket, the only way he could get round the BCCI’s policy.

Now, provided that he is cleared to fly – given prevailing international travel restrictions because of the coronavirus – he will take his place in the TKR team for the league which will take place between August 18th and September 10th.

Tambe has been working hard on his physical fitness and is keen to prove that he still has what it takes to play competitive cricket to the highest standard.

We wish him all the best.