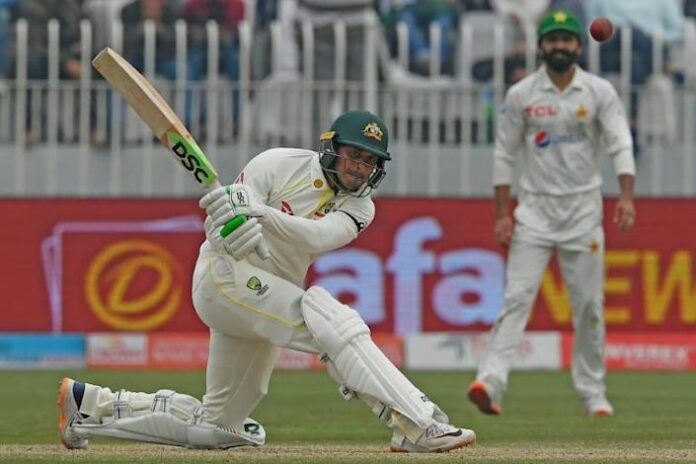 After a boring dull draw on a pitch that seemed more like a road than a cricketing surface, there is a lot to play for in the second test. The pitch in Rawalpindi was heavily criticised, scrutinised and also penalised by the ICC. However, Pakistan played well in the first test and Imam ul Haq who scored a century in both innings of the game batted like a dream. So will it be another good batting display on a dead pitch?

Or will we finally have the kind of Test match all cricket lovers have been waiting to see between these two amazing sides?

So, what does the pitch in Karachi have in store for us?

The pitch in Karachi is expected to play well and be a sporting wicket. Batters will find good value for their shots and there is something in it for the bowlers as well. Another very good thing about this pitch is that the spinners will come into play as the cracks open up and both teams have some very good spinners. This is promising to be a cracker of a contest.

No matter where they are and whom they are up against, Australia is a team that will give you a run for your money whenever you play against them. Pakistan might be the home team and may have the home advantage but a team like Australia can make you feel out of place even in your own backyard. That’s how the first two days of the second test between these two teams panned out.

After winning the toss and electing to bat first, Australia were all over Pakistan. David Warner and Usman Khawaja started off the innings very cautiously against a very good Pakistan bowling lineup with the new ball. And that helped set the tone for the rest of the innings to follow. The first wicket fell when the score was already 82. Marnus Labuschagne was run out for just a rare dack and that’s when Pakistan thought they would make further inroads in this Australian lineup.

Steve Smith and Usman Khawaja however had very different ideas. They stuck together and built a partnership and just batted Australia out of the game. When Steve Smith was dismissed for 72, the score was already 250-3 and Australia was already in a very commanding position to dictate the terms of the match. Lyon, Head, Green & Cummins all chipped in with ’20s and ’30s to make matters even worse. Usman Khawaja scored a majestic 160 and Alex Carey scored 93 to make sure that Pakistan will always be on the back foot in this game. At the end of day 2, Australia was comfortably positioned at 505-8.

Day 3: Australia declare their innings at 556/9

After some more useful contributions from the middle order, Australia finally declared their innings at 556/9. The Pakistani players will be tired after being on the ground for more than 2 days. The cracks are also expected to open up as the game goes along.

So will the Pakistan Batsman come up with a strong answer or will the Aussie bowlers steal the show and set things up for a wonderful Australian win? We shall know at the end of day 3!

Keep browsing through this space for live updates.