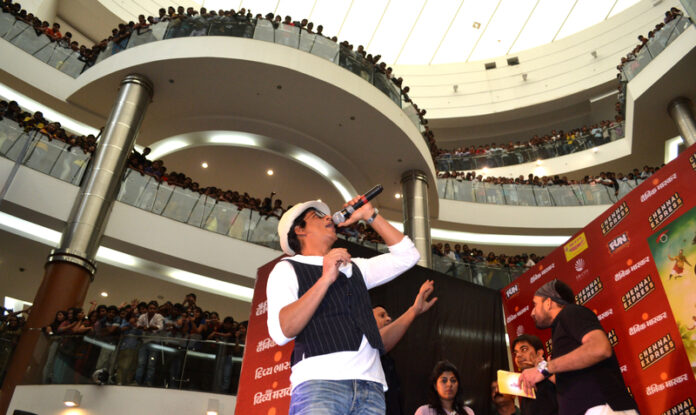 When it comes to describing the owner of an IPL team as lucky or unlucky, it needs to be realised that the description is relative.

To own an IPL team in the first place, a person needs to have amassed a substantial personal fortune, amounting to tens of millions of dollars. The poor or even extremely well-off need not apply.

And it also means that the definition of luck applied is not the same as for the ordinary man in the street. Not for them, the struggle to put bread on the table.

Here though are some who may be described as being either blessed by fortune, or have been subject to bad luck

Srinivasan can be regarded as lucky in that he still has a franchise to own, and that he is at liberty to do so. Certainly, some of his critics may argue that he should have been banned from the sport a long time ago and even that he belongs in jail.

In 2014, CSK were implicated in an illegal betting scandal and having corrupt links to bookmakers. Son-in-law Gurunath Meiyappan was arrested by Mumbai Police, and a report later prepared by retired judge Mukul Mudgal found that Srinivasan’s company were responsible for his actions.

Srinivasan was made to step down from his role as head of the BCCI, with the Supreme Court ruling there was an evident conflict of interest.

CSK were subsequently banned by the IPL for two years, but, immediately on their return to the league, won the title again. They finished runners-up last year and are again among the favourites in 2020.

Meanwhile, Srinivasan continues to be linked to a number of current corruption scandals.

Badale, who has a net fortune estimated at US $ 80 million, first became involved with the Royals when he led a consortium of investors who acquired the Jaipur IPL franchise.

Now called the Royals, the franchise soon ran into problems with the authorities, and Badale was accused of submitting inappropriate and fictitious bids, violating BCCI norms. They and the Kings XI Punjab were initially ejected from the league, but the BCCI was forced to readmit them following an appeal to the High Court.

Five years later, the Royals were banned, along with CSK, for two years after the report of the Lodha Committee. In part this dated back to the events of the 2013 IPL when several Rajasthan Royals were found guilty of match-fixing.

Shanthakumaran Sreesanth, and Ankeet Chavan were subsequently banned for life, and a third man, Ajit Chandila, received a lengthy suspension from the sport.

Co-owner of the Royals Raj Kundra, was also found guilty of charges of betting and passing on tips to illegal bookmakers and also was banned for life.

Despite this though, and a number of other corruption allegations surrounding him, Badale survives and continues to prosper.

Ambani would avow that his status as the richest man in Asia, and the 5th wealthiest in the world, has little to luck and more to do with sheer hard work, drive, and initiative.

After all, the man whose net worth is estimated at US $88.8 billion started life in fairly modest circumstances and worked with his father to develop the family spice and trading business into the global conglomerate that is Reliance Industries today.

Together with his wife Nita, he owns the Mumbai Indians, which has been described as the “money bags” team of the league. That ownership stake has also seen him named as the world’s richest sports team owner.

And his stake in the team has certainly paid off. They are the most successful team in the history of the tournament, with four title wins to their name, most recently last year.

Shahrukh Khan not only is one of the richest actors in the world, but the Bollywood superstar has also been able to indulge in his passion for sports.

Khan, who also owns the Trinbago Knight Riders, the most successful team in the history of the CPL (Caribbean Premier League), first became involved with KKR in 2008, when he entered into a partnership with fellow actor Juhi Chawla and her husband to acquire the franchise.

The high point of his ownership came in 2014, when KKR won the IPL for the first, and to date, only time in their history. The King of Bollywood continues to back them despite their comparative lack of recent success.

It helps to be born into political royalty, and Maran certainly was that, with a father, uncle, and cousins all holding ministerial positions.

The founder of Sun TV, they had the fortune to win the franchise rights to replace the Deccan Charges when they were expelled from the league in 2012.

Known as the “television king” of southern India, his net worth is estimated currently at US $3.1 billion. With that money, he has accumulated a private car collection of over a thousand different models.

Since their admittance to the league, SRH have won the tournament once, in 2016, and they were the beaten finalists two years ago in Mumbai.

Gayatri is the daughter of T. Venkattram Reddy, owner of the Deccan Chronicle newspaper group, which, in turn, owned one of the original IPL franchises, the Deccan Charges.

When the league began in 2008, it was Gayatri who became the public face and de facto owner of the team. She helped pick the players and was a constant presence at matches.

The Chargers finished bottom of the league in the first year, but they won it in 2009 when the tournament was played in South Africa, and they were semi-finalists next time round.

However, the franchise had always suffered from a lack of finance, with allegations of players either being paid late, or not at all.

In 2012, the BCCI decided to terminate their contract after they failed to pay a bank guarantee ordered by the High Court.

In a recent twist, the sole arbiter in the case has decided that the BCCI had acted too hastily, and that the owners had not been given enough time to pay the bank guarantee, They have ordered the BCCI to pay hundreds of millions of dollars in compensation to the original owners.

The case has gone to appeal and may take years before it is finally settled. Meanwhile, Gayatri continues to write for the Chronicle newspaper as a feature’s editor, covering everything from fashion, sports, cooking, and celebrity interviews.

These two men are bracketed together because they were the two main owners of the franchises that took the place of the Chennai Super Kings and the Rajasthan Royals after they were banned from the IPL for two years for corruption and their involvement in illegal betting.

Why are they unlucky? Principally because they only had two years to share in the wealth that the IPL generates, although there are those who might argue that both CSK and RR were fortunate to be allowed back.

Gujarat Lions reached the play-offs in 2016, and Rising Pune Supergiant were the beaten finalist the following year, but both teams were forced to fold after their brief IPL existence came to an end.

Still, people should not feel too sorry for either of them. Bansal is director of Intex Technologies, the second-largest Indian mobile phone company, and, at 28, is already a multi-millionaire several times over.

And Goenka is the founder of the RPSG Group which has an annual turnover of US $ 4 billion.

Once called the “King of Good Times” Mallya has not had the best of fortune in recent years, although it is hard to shed too many tears for a man who is still worth more than US $ 700 million.

A billionaire, he fled to the UK in 2016, and remains there, despite attempts by the Indian government to extradite him to face charges of financial crimes.

He was the founder and former owner of Kingfisher Airways and also the co-founder of the Force India Formula One team, both of which subsequently went into administration.

His ownership of RCB has not been an overwhelming success, at least on the field. They have never won it, despite reaching the final in 2008, and again in 2011.

Trinbago zap the Zouks as Jamaica make it to the semis