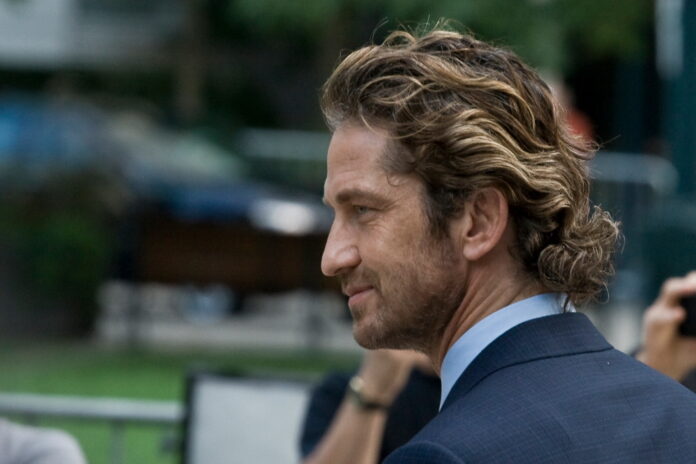 Defending champions Barbados Tridents happen to be one of the most popular teams in the CPL and this has been reflected in the ownership of this team.

The majority stake is owned by a man of Indian origin which would not come as a surprise to anyone who follows the CPL or league cricket in general.

The man in question is Manish Patel, the principal of CMG Companies. This is a Dallas, USA based company where the CMG stands for Chalak Mitra Group which can be best described as a group of investors who invest both locally and internationally.

The fact that a US-based company is investing in the CPL is a testament to the popularity of the league as well as the transcendence of cricket as a global sport.

The United States is one market that cricket has been unable to tap into, like it has in Asia or Australia. This is partly due to the popularity of games such as baseball and American football that have been traditionally the sports of choice for people there.

However, there is no denying the fact that the global following of cricket is monumental and that in terms of monetary benefits, is a huge opportunity for people looking to invest.

While CMG Company might not be as high-profile as some of the other owners like Shahrukh khan or Preity Zinta, they have managed to bring in many big names to the CPL and that too from Hollywood, no less.

This big name happens to be none other than superstar Mark Wahlberg.

He owns a minority stake in the Barbados Tridents. This got a lot of attention to the CPL and cricket in general and for those who are wondering why an American movie star would invest in a Caribbean team.

On his part, Wahlberg himself has claimed in multiple interviews that he loves cricket while also hinting that he was attracted by the business appeal that the sport offers.

A surprising revelation he made was that cricket is one of the sports that he wished he had learnt to play while he was younger. He also admitted that while he is quite satisfied with his movie career at the moment, he would have loved to trade in his acting career during his early days to be a “regular guy” in a team.

Wahlberg followers know that he is an avid sports fan and his love for cricket is justified when viewed from that standpoint. This does not mean that he can’t surprise people with the fact that he is a part-owner of a cricket team.

In another interview, he was accompanied by Hollywood comic legend Will Ferrell and in the course of the interview, Ferrell was asked to guess the sports in which Wahlberg owned a team. He guessed ice hockey and when it was revealed to him that it was a cricket team that Wahlberg had invested in, Ferrell was visibly surprised and probably a little confused too.

Geographically, the Caribbean nations happen to be the closest to the United States and many people in the financial sector have speculated that this is only the beginning of foreign investment in the league.

The other owner Manish Patel describes himself as an investor in everything from real estate to entertainment and his involvement in the CPL has mostly been motivated by its financial prospects and has therefore stayed mostly as a behind the curtain kind of a player.

This hasn’t been a poor choice though purely from an investment point of view as the CPL has been consistently posting great revenue numbers with the latest iteration being the most profitable yet.

This is the only team that was not present during the inaugural season of the CPL that is still taking part in the CPL.

They participated in the CPL for the first time in 2015 and are often touted as the first expansion team of the CPL.

They were supposed to be the seventh team in the CPL but eventually, they replaced the Antigua Hawksbills even though there are plans to revive the Hawkbills at some point in the future.

St Kitts & Nevis Patriots are currently owned by a Hong Kong-based company by the name of City Sports which is a part of the City Group of companies. This company invests in everything from garments to the entertainment sector. Some might wonder why a company based in Hong Kong is investing in a team in the CPL and there are two very good reasons for this.

The first is rather unsurprisingly the people at the helm of City Sports who happen to be of Indian origin.

This firm is lead by Sushil Kumar and Naren Kunder, two businessmen who have a wide portfolio when it comes to their investments. They are also, quite experienced when it comes to owning teams in cricket leagues.

St Kitts & Nevis Patriots happen to be the third T20 team owned by this duo. They used to own Bloem City Blazers from the South African T20 league that went defunct and they still own the City Kaitak team in the lesser-known but locally quite popular Hong Kong T20 Blitz.

The team is based out of St Kitts as the name suggests and their base of operation is Warner Park in Basseterre.

They have had a somewhat rocky journey in the CPL since their start in the tournament.

They finished in last position in their first two years. Then in 2017, they put up their strongest showing yet by finishing runners up. Since then they have finished 3rd and 4th in 2018 and 2019 respectively.

For the second reason, we have to delve a little deeper.

This team while seeming similar to the others in the CPL is somewhat different in many ways.

It is the first team that has garnered enough investment interest after the initial hype of the CPL had died down. This points to the positive economic health of the league as well as the future prospects of T20 cricketing leagues in general.

While the new owners have stated that they want to be a part of the local cricketing culture and want to contribute to the betterment of cricket in the Caribbean, it is quite evident that the financial viability of the league has been a big reason behind their motivation to own this team.

This is evident in their statement where they get down to the numbers. Sushil Kumar had said the following about their motivation behind investing in this team

Another first for this league when it comes to the ownership of this team is that the previous owner Dr. Uday Nayak hasn’t cut off all ties with the team.

In fact, he continues to hold a minority stake in the team. He also explained that the reason he decided to sell the team is because he felt that he had bought the team as far as he could and felt that the team needed more experienced people at the helm and Kumar and Kunder apparently fit that bill perfectly.

This happens to be one of the most intriguing teams in the CPL both as a team and from the point of view of the owners.

They were initially owned by current Barbados Trident owner Manish Patel and his CMG group.

Then in 2017, they decided to sell the franchise and it was bought by Florida-based businessman Kris Persaud, and his firm Worldwide Sports Management Group (WSMG).

While overseas owners are nothing new in the CPL, with only one owner who can truly claim to be a local businessman, Kris Persaud happens to be the first who has taken the base of his team outside the Caribbean.

However, before we, delve into that, there is a very interesting snippet about this team’s past ownership that just cannot be ignored and that is what we will start with.

Manish Patel and Ron Parikh were often publicly touted as the owners of the Jamaica Tallawahs but it has come to light that there was a third silent owner and it was none other than Indian cricket legend and IPL mainstay, Mahendra Singh Dhoni.

He is arguably one of the most successful captains both in international and league cricket and this little snippet somewhat explains the name of this team.

For a long time, the name Tallawahs was considered somewhat odd for a team based in the CPL. While Parikh and Patel are both of Indian origin, it just didn’t make a lot of sense that they would call the team Tallawahs which in Tamil means ‘leaders’.

However, once Dhoni comes into the frame, everything slots into place perfectly.

Dhoni is affectionately referred to as the ‘thala’ by his adoring fans of the Chennai Super Kings team from the IPL and many in the CPL have speculated that it was Dhoni who came up with the ‘Jamaica Tallawahs’ name for this CPL team.

This association, though, would come to an end in 2017 which was somewhat odd as the Tallawahs had just won the second of their two CPL championships.

What would follow would be a somewhat tumultuous period in the team’s short history.

It all began with the new owner Kris Persaud wanting to shift the base of operations of the team from Jamaica to Fort Lauderdale in Florida.

Even though there was some initial resistance to such a change, he would eventually get his way and the team’s stadium is now the Central Broward Regional Park in Florida.

It hasn’t been all smooth sailing as they have slid from their championship-winning ways to finish fourth in 2017 and 2018 and they finished at the bottom of the table in 2019.

The team has also faced some criticism in the way in which star players like Chris Gayle were let go and how Andre Russell has been treated as a rookie or an outsider.

It is a team very much in flux but it is not all gloomy as it happens to be another team that has a Hollywood star as one of the investors.

Gerard Butler, star of movies like the 300 owns a minority stake in the team.

This is not as surprising as Mark Wahlberg owning a part of Barbados Tridents.

Gerard Butler is originally from Scotland and while it isn’t one of the top nations in cricket, it still has a richer history and association with cricket.