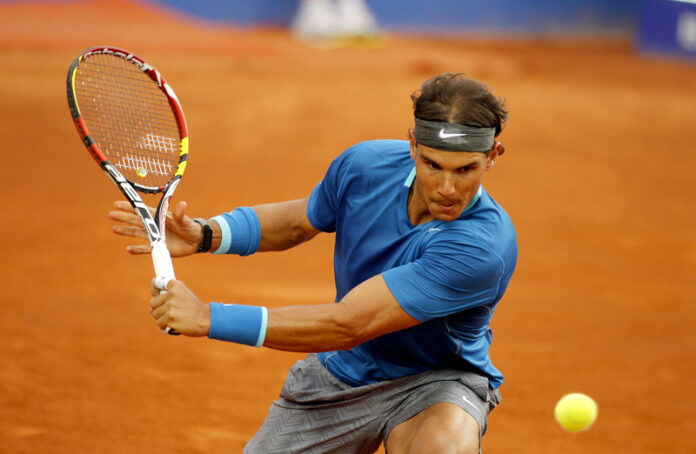 Nadal has marched onto the quarters, but Tsitsipas and Medvedev were ousted at the Mutua Madrid Open.

Ash Barty and Sabalenka have also booked their places for the final showdown.

Rafa Nadal was in imperious form in his round of 16 clash against Alexei Popyrin.

The young Aussie got off the blocks fast and had 3 breakpoints in the 2nd game, but Nadal snatched away all 3 and quickly broke twice to take a 4-1 lead.

Popyrin got a break back, but Nadal thwarted any comeback attempts.

The No. 1 seed hit his stride in the 2nd set and finished off the match to book yet another quarter-final berth, his 15th, in the Mutua Madrid Open.

The Greek sensation had a tricky opponent in the shape of Casper Ruud, who’s a formidable opponent on clay and it proved that way today.

Ruud won the 1st set in a tiebreaker 7-4 after no breaks of serve from either man.

Ruud got the only break of the match in the 7th game of the 2nd set, which was enough to put away the Monte Carlo Champion.

Ruud is no slouch on clay and he showed it today to knock out the No. 3 seed and one of the favourites to win this tournament.

Barty continued her red hot form on the red clay with another convincing display.

The WTA No. 1, who won the Stuttgart Open before coming to Madrid, kept her young opponent guessing throughout the match with the use of slices.

Badosa hung in there but was broken at 4-5 to give Barty the set.

Badosa broke in the 1st game of the 2nd set, but Barty broke straight back & won 4 games in a row to eventually book a place in the final.

Aryna Sabalenka came out of the blocks all guns blazing.

She has been in splendid form over the past couple of weeks on the red clay and she wasn’t about to slow down today.

She swept aside the unseeded Russian Anastasia Pavlyuchenkova with relative ease, dropping only 5 games in just over an hour.

Pavlyuchenkova, who was the oldest of the semi-finalists, tried valiantly in the 2nd set, coming back from 0-5 to 3-5 but still, it was too big an ask for her.

Sabalenka will now look to avenge her loss in the Stuttgart final against Barty in the Championship match here.

Upset of the Day

Medvedev’s defeat of Garin wasn’t a big shock considering the Russian’s recent struggles on clay, so the biggest shockwaves were sent by Casper Ruud.

His victory against the in-form Stefanos Tsitsipas in straight sets was the upset of the day.

Player of the Day

Casper Ruud was brilliant today and the bottom half of the draw is up for grabs now with both Tsitsipas and Medvedev out. Ruud will look to build on his performance and get to a 1st Masters final.

May 28, 2021
0
All eyes are on Paris as the world's biggest clay court tournament, the French Open is just around the corner.After a week's delay due to the COVID 19 pandemic, the second grand-slam...
Read more

May 21, 2021
0
Even before the start of the French Open 2021, a few popular names in men’s tennis have announced their withdrawal from the tournament.  Nick Kyrgios, the controversial Australian, who...
Read more