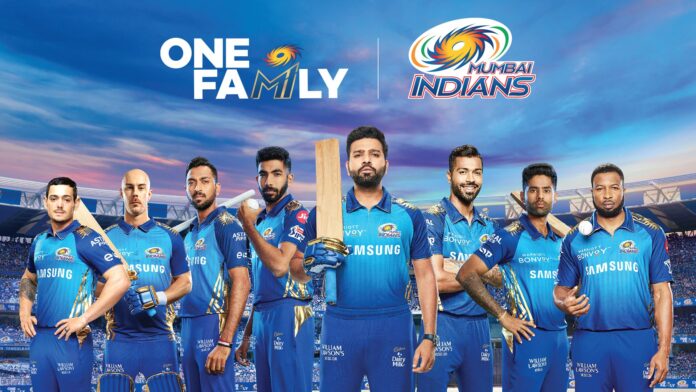 Mumbai Razors was the original name of the Mumbai Indians. In fact, the Sudarshan Chakra was designed to represent the Razor. But Sachin Tendulkar came up with the brilliant idea to call it Mumbai Indians! We are sure, no Mumbai Indian fan will disagree with this decision!

Amongst all the IPL teams, Mumbai Indian was the most expensive. This was due to the fact that Mumbai is the financial powerhouse of India and has a huge cricket fan base. This deal cost Mukesh Ambani’s Reliance Industries over $112 million.

Rohit Sharma is the highest run-getter for Mumbai Indians with 4013 runs in 153 matches, by some distance. He has scored 1 century and 29 fifties.

Hardik Pandya has the highest strike rate for Mumbai Indians with 154.57. He has also scored 3 fifties.

Lasith Malinga is the highest wicket-taker for Mumbai Indians with 195 wickets in just 139 matches. Harbhajan Singh is second on the list with 147 wickets.

KA Pollard has held the highest number of catches for the Mumbai franchise with 92 catches in 171 matches.

Alzarri Joseph has the best bowling record in an innings for Mumbai Indians. He bagged 6 wickets for 12 runs against Deccan Chargers on 6th April, 2019.

Rain halts England in its tracks, for now