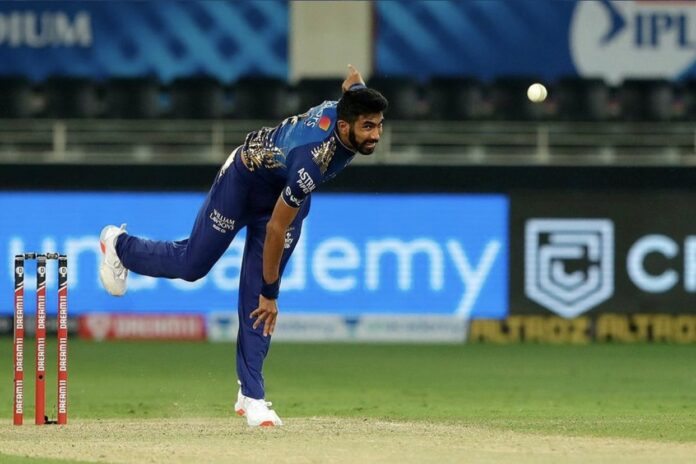 Yesterday, Mumbai Indians proved yet again what we have already known for a while.

They have the most well-balanced team and are not reliant on one or two star players.

This was amply demonstrated yesterday when, a not-so-big name put his hand up and delivered the crushing blow against Rajasthan Royals.

That man was Suryakumar Yadav.

Before anything, let’s understand Yadav’s cricketing journey that puts this innings in perspective.

Yadav spent his childhood in Anushaktinagar, a middle-class colony in North East Mumbai and home to the nuclear scientists of the Bhabha Atomic Research Centre.

By 2015, Yadav was touted as the next big thing to emerge from Mumbai.

The Mumbai No. 4 was one of those precocious batsmen on the maidens of Shivaji Park and like many wonder talents, he too had made a grand entry onto the domestic circuit by scoring more than 600 runs in his debut Ranji season.

Yet, by the second season, it started falling apart.

In his now words – “I was too careless about fitness. I always thought that I will score my runs with boundaries but things got difficult when I faced the top teams. I soon realised that if I need to score big then I need to rotate strike and for that I need to improve my fitness. After success in the first season and the slump in the second, I went into a shell.”

The second issue was shot selection.

Like many talented batsmen, Yadav found it easy to land the boundaries and sixes. But it also led him to go for the big hits even off good balls and this often led to an early dismissal.

Yadav says – But things slowly began to change when I started focussing on my fitness and shot selection,”.

Yesterday, both these aspects shone through.

Yadav ran hard and his energy didn’t flag even after being hit on the helmet by a Jofra Archer snorter.

What’s more, he played several innovative shots like scoops to target the V area behind the stumps and scored a bagful of runs in the bargain. He didn’t try to force the pace but used the pace and gaps in the field to get his runs.

His best shot of the day was a brilliant late-cut between the keeper and short third man off Gopal that took him to fifty off 33 balls.

Yadav’s unbeaten 79 off 47 balls his highest score in the IPL and took Mumbai Indians to 193 for 4.

Pollard was padded up, waiting for his turn but Hardik’s trademark explosive 30 off 19 balls ensured that he didn’t even have to bat.

There is no doubt that Yashasvi Jaiswal is a talent but unless he starts stringing together some big scores, his place could be under threat.

Once again, he fell for a duck, snicking to the wicket keeper off Trent Boult which immediately put the Royals under pressure.

This brought Steve Smith to the crease but in front of him stood Bumrah, MI’s best bowler.

Smith tried to hit his way out of trouble and only managed to get caught behind while trying an ugly hoick.

Boult managed to get one more batsman for a duck, this time his victim being Sanju Samson and RR was staring at the end of the barrel at 12 for 3.

What was needed was a big partnership. Jos Buttler looked in fine touch and looked untouched by the pressure of falling wickets as he blasted 49 off 24 balls from Krunal, Rahul Chahar and Pollard.

He finally fell for 70, aided by an outstanding catch by Pollard who once again, demonstrated that despite his girth, he is one of the finest catchers in the business.

Bumrah was unplayable and returned with another set of outstanding figures, 4 wickets off a measly 20 runs.

RR was dismissed for 136, which certainly qualifies for a ‘rout’ by T 20 standards.

To rub salt into the wounds, the IPL committee fined Steve Smith 12 lakh rupees for a slow over rate.

Thanks to the win, Mumbai has climbed to the top of the points table followed by the Delhi Capitals, who have played one match fewer, at No.2.