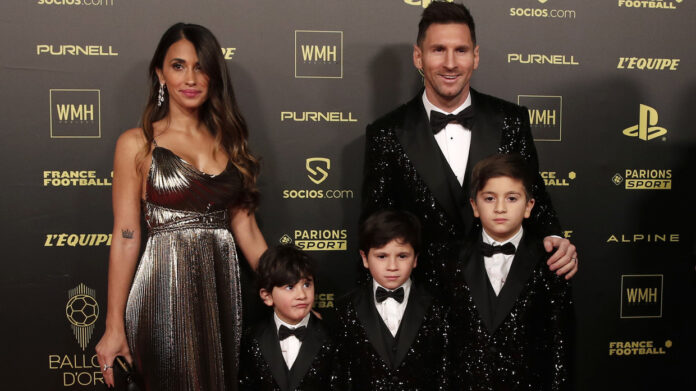 “Don’t write about him, don’t try to describe him, just watch him.”

The Ballon d’or is the biggest award on the planet a footballer gets for his achievements in a calendar year both individually and collectively with his team too. Winning the Ballon d’or even once in your career makes you one of the all time great players. Lionel Messi has just won his 7th Ballon d’or.

Well, if Pep Guardiola says something you have got to listen. But even if you weren’t listening, you still will be hearing news about the genius of this man. We are inclined to say it can’t get better than this, but with Messi and Ronaldo you never know, they have won 12 out of the possible 13. Messi has 7 and Ronaldo has 5. These are mind-blowing numbers that are never likely to happy again. Even in some other life or some other metaverse. And what’s funny with serial winners like them is that out of all the footballers on the planet, they still are the most hungry to win it again.

Maybe that’s why these two players have dominated World Football for almost two decades. Even though they are at the later stages of the career they still are as good as anyone on the pitch. Even though Ronaldo is 36 currently and Messi 34, they are still at the top of their game and are still dominating the game.

Messi won the Copa America with his country Argentina where he was the joint highest goal scorer with 4 goals and he also had 5 assists. Out of the 13 goals his country scored in the tournament, Messi had goal contributions in 9 of these goals. He won the Golden Boot and the award for the Best Player of the Tournament.

Same is the case with Ronaldo who won the golden boot at Euro 21 with 5 goals and 1 assist. What makes this achievement even more incredible is that his team was knocked out from the tournament in the round of 16 itself.

So at the age of 36 and 34 if you are still winning the player of the tournament and that too in a tournament of such stature and competition it speaks volumes about your quality and contribution as a player.

So Age definitely is just a number baby! And both these are proving that everyday. And yes, Zlatan Ibrahimovich too! How can you forget him?

Some other awards won at the Ballon d’or 2021 award ceremony :

18 Year Old Pedri won the Kopa Trophy for the best youngster in the world of football. He has been a sensation for Barcelona and was a shining star for his national side Spain too. He certainly is the one for the future.

Chelsea won the club of the year award in Ballon d’or 2021 after a number of their male and female players were nominated for the Ballon d’or. After their resounding success at the champions league last season and how they have been playing even this year, this doesn’t come as a surprise at all. They have quite deservedly won the award.

Robert Lewandowski wins the Striker of The Year Award after his amazing year with both club and country in the past year. This was a new award that was introduced the first time along with the club of the year award. Lewandowski was unlucky to miss out on the Ballon d’or last year due to the pandemic as he was primed to win the award after a surreal year where he dominated every game he played and won every competition he played. Lionel Messi congratulated and said he felt for him after receiving the award and even said that he was unlucky to miss out on a well-deserved Ballon d’or.

Gianluigi Donnarumma won the goalkeeper Yashin’s Trophy for his outstanding year with the gloves. He won the Serie A with Inter and then went on to win Euro 2021 with Italy where he was undoubtedly one of the huge reasons for Italy’s success.

PBKS vs LSG Preview, Stats, Playing XI & All You Need To Know