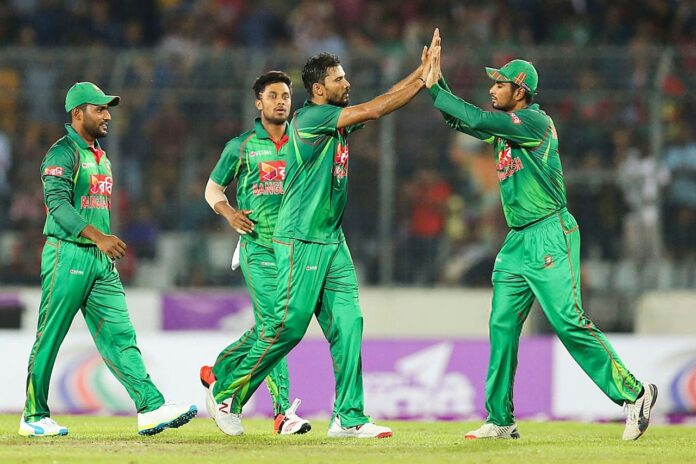 One of the, Adil Beg, took to Twitter saying – Mashrafe, you are a fighter. Welcome back!

A message that was retweeted more than 500 times.

Mortaza’s treatment was happening at home since June 20.

Why are so many cricketers getting infected?

Cricketers, being celebrities, have a lot of social and cultural engagements.

Many of these are financial commitments where money has already exchanged hands.

Cricketers can back out of these easily as they are tied by a legal contract.

Cricketers think nothing will happen to them.

Till, of course, something actually happens!

Cricketers need to be careful as they are role models. They can serve as powerful examples of correct behaviour by observing isolation till the virus menace subsides.

Mortaza announced his Covid 19 negative result on his Facebook page on Tuesday.

“Hope everyone is fine. I have finally tested negative for coronavirus and want to thank the doctors.”

“I am thankful to everyone who supported me in this tough period” he said.

“Stay strong, stay positive. Most people recover. Always remember that. Getting infected is not the end of the world.”

Keep faith in Allah and follow his rules. Together we will keep fighting the virus,” The 36-year-old pacer said.

However, Mortaza’s wife Sumona Haque is yet to recover from the dreaded disease.

“It has been 2 weeks but my wife is still Corona positive.”

Thankfully, she is doing well, keep her in your prayers,” Mortaza wrote.

Mashrafe Mortaza, a Member of Parliament from the ruling Awami League party, got infected on June 20.

According to local media, some of Mortaza’s family members had tested positive earlier.

Before he got infected, Mashrafe Mortaza was quite active with philanthropic activities.

In fact, he was running welfare programs in his hometown and constituency Narail.

Even amidst the pandemic, there has been some good news.

But they have fully recovered after undergoing treatment at home.

Like Mortaza, both the players had also tested Covid positive three weeks ago.

Of course, they have all recovered.

Will KL Rahul miss out due to Rishabh Pant?

The Ashes, Second Test – All you need to know and...