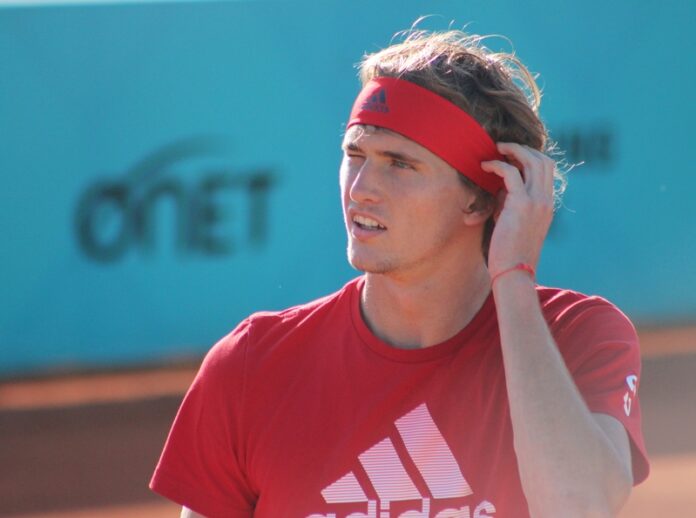 Alexander Zverev thumped Rafa Nadal in straight sets as he booked a semi-final spot and Dominic Thiem outlasted Isner in 3 sets to advance further in the Mutua Madrid Open.

The German Alexander Zverev was in blistering form against an out-of-sorts Rafael Nadal in the quarter-final.

Nadal missed a routine forehand winner on the first point of the next game, and his confidence and mentality took a hit after that.

Zverev turned the set around, winning the next four games to take the 1st set 6-4.

Nadal never found his rhythm again in the match, with Zverev constantly punishing him with big forehand winners.

The 2018 Champion piled on the pressure on Rafa’s serve, breaking him in the 5th game of the 2nd set.

He served out the match comfortably to book a semi-final spot.

Dominic Thiem had a tough challenge today against the big-serving American John Isner.

Isner broke Thiem in the 2ndgame of the match to achieve a 3-0 lead later.

The American finished off the set with an ace in just 31 minutes.

Isner had his chances on the Thiem serve in the 2nd set but failed to convert, and Thiem cashed this in to fight back.

Thiem wasn’t at his usual best and had to figure out how to respond to Isner’s big serves.

He did just that when the 3rd set was finely poised at 4-4.

The No.3 seed broke Isner’s serve to gain the advantage. He served out the match to book his place in the semi-final.

Alexander Bublik showed some resistance in the 1st set, but when Ruud won it 7-5, there was no way back for Bublik.

Ruud finished off the match in style to reach another clay Masters 1000 semi-final.

Stats of the Day:

Player of the Day:

Who else could it be but Alexander Zverev?

He was brilliant today. Nadal may have had a bad day, but the credit must go to the German star for capitalizing and defeating Nadal for the 1st time on clay.

Thiem leads head-to-head against Zverev 8-2, but one of Zverev’s victories came here in the Madrid Open in the final in 2018.

Thiem has never won this tournament.

It’ll be a tight matchup between two of the biggest stars in tennis today, but I’ll have to give the edge to Zverev, who will be high on confidence after beating Nadal.

July 31, 2022
0
South Africa has been playing some delightful cricket since the start of this year. Starting right from the beginning of this year when they handed India back-to-back losses...
Read more