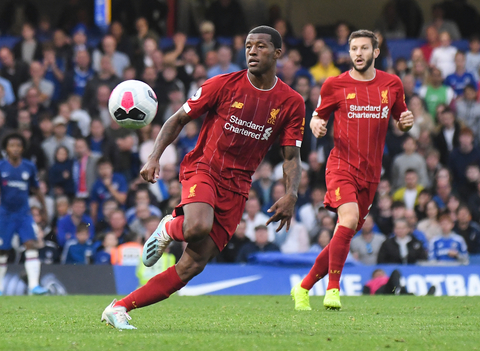 After 30 years, Liverpool are EPL champions. But now, the raging question in front of Jurgen Klopp is this. How many reinforcements does this Liverpool squad need to stay at the top?

Let’s start by looking at the contract situations of the club’s key players.

Dejan Lovren, Wijnaldum, and Adam Lallana are the only first-team players to have entered the final year of their contract.

After a series of promising talks, it seems likely that Wijnaldum will extend his Merseyside stay.

Lallana has already confirmed his departure at the end of this season. Lovren seems odds-on to leave as well.

The Liverpool squad is not exactly young

Everything might look bright and rosy from a Liverpool fan’s perspective at the moment.

But, the thing is, Liverpool’s first-team isn’t exactly brimming with youthful players.

No less than 12 players in the current first-team setup are aged 28 or more. So, it’s evident that the team needs an injection of fresh talent.

However, replacements can be found from within. Harry Wilson could be a good replacement for Lallana. The 23-year-old has impressed in his loan spell at Bournemouth, and if he gets the opportunity, he could flourish under the tutelage of Klopp.

Youngsters like Curtis Jones and Harvey Elliott also have the potential to step up.

In a pandemic-hit global economy, it seems highly unlikely Fenway Sports Group (FSG), who owns Liverpool, will splash the cash this summer.

After investing heavily in 2017/18 and 2018/19, Liverpool had an inactive summer window prior to the start of current season. In January, the club welcomed Takumi Minamino from RB Salzburg for a modest fee of £7.5m.

Liverpool’s unwillingness to pay £54m for Timo Werner despite Klopp’s strong interest, suggests they are up for another quiet summer window. Sky Sports reporter Vinny O’Connor echoes this sentiment. In his exact words-

‘’Do I expect Liverpool to spend this summer? At the moment, I’m not expecting much transfer activity. Certainly in terms of incomings once again. I was actually told that Liverpool won’t be signing anyone in the next window.’’

Which positions should this Liverpool squad strengthen?

There are some obvious areas that need reinforcements.

The topmost priority should be a left-back.

We all know Klopp’s heavy reliance on his fullbacks.

James Milner and Joe Gomez can deputise on the left-back role when Andy Robertson is not around. But, none of them are natural left footers and this leaves a big vulnerability on the left.

Academy graduates Tony Gallacher, Yasser Larouci and Adam Lewis could provide alternatives, but they have minimal experience of top-flight football.

Klopp also needs to bring in a central defender if Lovren leaves this summer.

With the likes of Virgil van Dijk, Joe Gomez, and Joel Matip in the squad, the Scousers have some high-quality center back options.

But, the club would still need to add another center back in their roster to ensure they have sufficient depth.

Besides, to suit Klopp’s system, the centre back would have to be comfortable with the ball besides being defensively solid.

Youth prospects Ki-Jana Hoever and Sepp van den Berg could come into the frame should Liverpool opt against exploring the market.

Too dependent on Salah and Mane

Finally, the club could significantly benefit from two attacking recruitments.

Of course, both of them would play second fiddle to the preferred attacking trio of Salah, Mané, and Firmino.

Xherdan Shaqiri is an excellent cover option for the Reds on both wings. But, they need one more winger in case there is a contingency and they miss both their first choice wingers.

With the AFCON delayed till 2022, the threat of losing both Salah and Mané is somewhat minimal, as of now. But, it is an area they need to address soon.

Finding a role for Origi

Divock Origi has developed a cult status among the Liverpool faithful.

The Belgian striker has scored some high profile goals in recent memory, like the UCL semi-final strike against Barcelona, the UCL final goal against Spurs and derby deciding goal against Everton last season.

He has had his best moments as a striker, but Klopp has also played him on the left when necessary.

Let’s have a look at Origi’s numbers to find out what he truly offers to the Liverpool attack He played 1008 minutes as a left winger in 2018/19 and had an uninspiring return of 3 goals, which highlights the need for a proper plan B in that position.

Origi’s stat look far better when he takes up more of a central position.

As of June 24, he played only 698 minutes as a centre forward this season and last season combined. But, he still managed to score 9 goals with a remarkable conversion rate of 45%.

However, this doesn’t make him an ideal replacement for Klopp’s go-to centre forward Roberto Firmino.

The Brazilian was never a prolific scorer, but he has a great ability to drift between positions and accommodate the wingers to take advantage of the created space.

Origi is more of a target man and offers far less off-the-ball duty than Firmino.

It would be difficult to find someone with Firmino’s technical acumen. Werner could have been an excellent option, but Liverpool refused to break the bank for him.

After two grueling seasons that resulted in a Champions League and a Premier League title for Liverpool, Jürgen Klopp might find it hard to bring out the same level of commitment from his players next season.

With a shorter pre-season lull this time around, it won’t be easy for the players to get back to 100%.

Therefore, they should make some new recruitments to cover for their star players.

This Liverpool squad has the quality to stay at the summit for years. However, they need to plan for it.