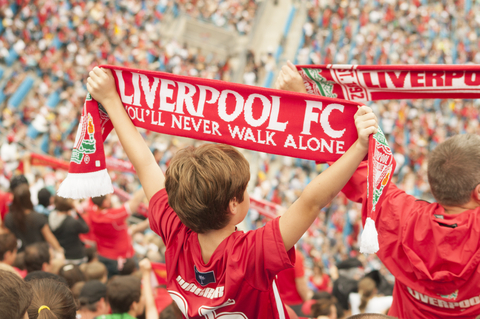 This ensured they went an entire Premier League season unbeaten at home.

An achievement that will make every Liverpudlian heart swell up in joy!

Their legendary manager, Bob Paisley will probably be singing from his grave and legends like Ian Rush and Dalglish will raise toasts!

Through a brand of attacking football that marries the traditional virtues of the English game like hard running and tackling, with tactical nous and strategy, emanating in the fertile brain of their world-class manager.

The result is breath-taking.

It’s no surprise that Liverpool online fan base has grown by a whopping 27% since Klopp took over as manager.

The greatest English club is back in the news and how!

Coming to this match, Naby Keita opened the scoring with a thunderous effort.

Trent Alexander-Arnold made it 2-0 with a curling free kick and Georginio Wijnaldum’s half-volley made it 3-0.

Olivier Giroud pulled one back just before halftime to make it 3-1.

Roberto Firmino scored the fourth goal for the Kops in the 55th minute.

But Chelsea didn’t give up. There were a flurry of quick goals by Tammy Abraham and Christian Pulisic and the scoreline stood tantalisingly at 4-3.

With this win, Liverpool have 18 victories from 19 league games at home.

The only black spot was the 1-1 draw with Burnley.

They have 63 points, still one point short of guaranteeing a place in next season’s Champions League.

West Ham moved four points clear of the relegation zone, with a 1-1 draw against Man United.

This will ensure that West Ham will be in the Premier League next year, though it will hope for a better performance next year.

Paul Pogba was the culprit against West Ham. He conceded a handball that gave a penalty to West Ham, which Michail Antonio converted.

They were heading towards defeat but 18-year-old Mason Greenwood’s low strike helped them level the scores.

While this has not been a great season for United, Greenwood’s goal-scoring prowess has been a bright spot.

If they draw with Leicester in the next match, Man United will ensure their Champions League spot.

Meanwhile, West Bromwich Albion, managed by ex-West Ham manager, Slaven Blicc, won promotion back to the Premier League after a two-year absence. This was due to their 2-2 draw against Queens Park Rangers on Wednesday.

They will join Marcelo Bielsa’s Leeds United in the top flight next season, which is already being touted as the most anticipated highlight of next year’s season.