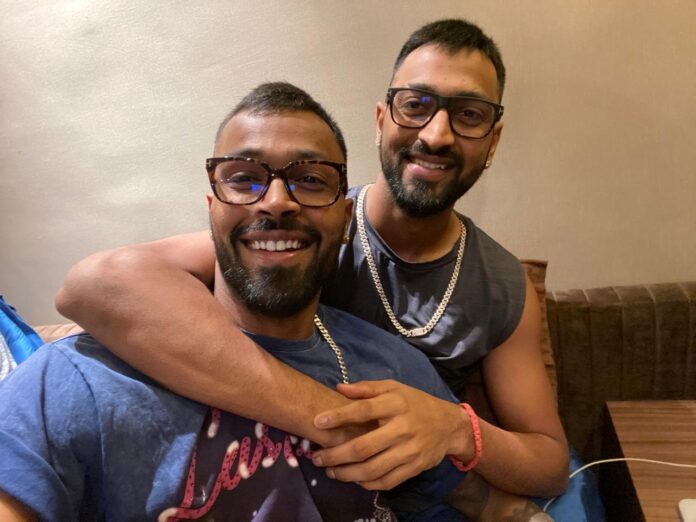 Krunal Pandya or Hardik? Who will last longer?

There have been a number of brothers who have all played international cricket together for their country.

Beginning with the Comptons who played for England in the 1940s, and the Chappells who donned the baggy green cap for Australia thirty years later.

More recently, there has been Steve and Mark Waugh for Australia, their compatriots Shaun and Mitchell Marsh, and the South African duo of Albie and Morne Merkel.

India too have had their own examples, with Irfan and Yusuf Pathan, and now Krunal and Hardik Pandya.

But which of the latter two is likely to have the longer career?

In terms of internationals, it is the younger sibling, Hardik, who has had the greatest success to date.

While Krunal, the older brother by two years, has appeared in just 11 T20Is, Hardik has represented his country in all three formats of the game, and, indeed holds several national records.

His maiden test century against Sri Lanka at Pallekele in 2017, saw him become the first Indian to score a century before lunch in a test match, whilst the 26 runs he scored in a single over is also the most ever.

Both are all-rounders, but each has their own style.

Krunal is a left-hander who bowls spin, whilst Hardik bats right-handed and is known as a pace bowler. He is also the better fielder of the two, known for his athleticism and enthusiasm in the field.

Areas where Krunal is better

However, despite these comparisons, Krunal has better figures than his brother – a better strike rate and bowling average, and a better bowling economy rate in T20 cricket.

There is a sense that Krunal has suffered because he is playing in an era when there are several other talented left-handed all-rounders with whom he must compete, such as Ravindra Jadeja and Axar Patel.

By contrast, his brother stands out by dint that there are very few Indians in the present set-up who can both bat and bowl fast. With some regarding him as the long sought-after set-up to Kapil Dev.

The Indian selectors would appear to have no doubt which is better.

It was Hardik who was selected for last year’s World Cup, whilst his brother did not get near the squad.

At the same time, Krunal has had more success in the IPL with the Mumbai Indians, the franchise that both represent, and, whilst his brother has had to be content with a place on the bench several times, Krunal is an ever present.

When it comes to profile though, the pair could hardly be different.

Whereas Krunal keeps to himself, his brother is scarcely out of the headlines for one reason or another.

Last year, he and teammate K.L. Rahul landed themselves in hot water after appearing on the show Koffee with Karan, in which they boasted about their sexual activities.

Following a public backlash, the BCCI intervened, and the pair were given a suspension, and withdrawn from the tour of Australia and New Zealand. Gillette also dropped him as a brand ambassador.

More recently, he has become engaged to the Serbian actress and model Nataša Stanković, who is now carrying the couple’s first child.

In truth, it is too soon to determine who will have the longer career, because, with Krunal still only 29, both potentially have many years in the sport ahead of them.

Hardik, judging by the what the two have achieved to date, may well go on to have the greater success, but that does not always equate with career longevity.

International cricket, due to the intensity and the travelling involved, can take its toll on the body.

And here, Krunal may well end up playing longer because his focus will remain centred on the game.

Buttler and Malan’s efforts in vain as India claim series