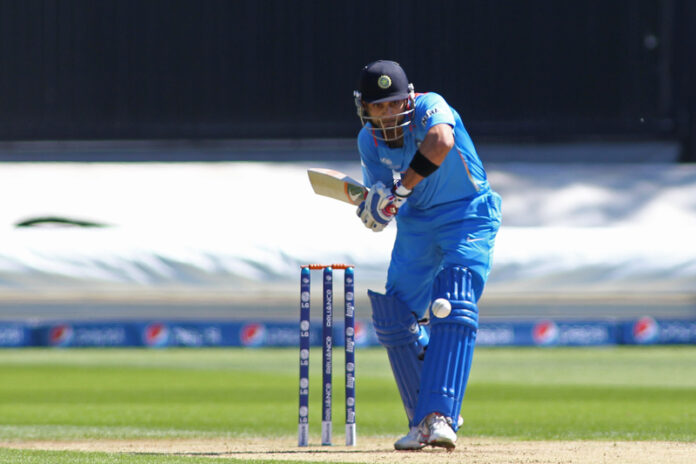 With back-to-back fifties, Indian skipper Virat Kohli has moved back into the top five ICC rankings for the T20 format.

Kohli gained an impressive 47 rating points after unbeaten knocks of 73 and 77 in the 2nd and 3rd T20 matches and is currently in fifth position.

He is also ranked number one in the ODI format.

It’s an impressive achievement and a tribute to Kohli’s consistency.

Before the match, he was in 24th position but his knock propelled him 5 places up to 19th place.

Other big climbers include West Indian wicketkeeper-batsman Shai Hope who was the Player of the Series against Sri Lanka.

Hope smashed a series of big scores – 110, 84 and 64, which helped him gain five slots and reach seventh position.

Another big jump was recorded by Sri Lankan batsman, Danushka Gunathilaka. He gained 20 slots to reach 51st position after scoring 187 runs in the series.

Jason Roy rose by four places to 24th with scores of 49 and 46 in the first two matches.

In the men’s Test Rankings, Hashmatullah Shahidi breached the top 100 after notching up Afghanistan’s first Test double century, against Zimbabwe. He shot up 47 places to 90th position.

Even Zimbabwe had something to cheer about. Their captain, Sean Williams leapt up to a career-best 24th place after scoring 151 while following-on, against Afghanistan.

His 621 rating points is the highest tally ever for his country since Brendan Taylor in 2014.