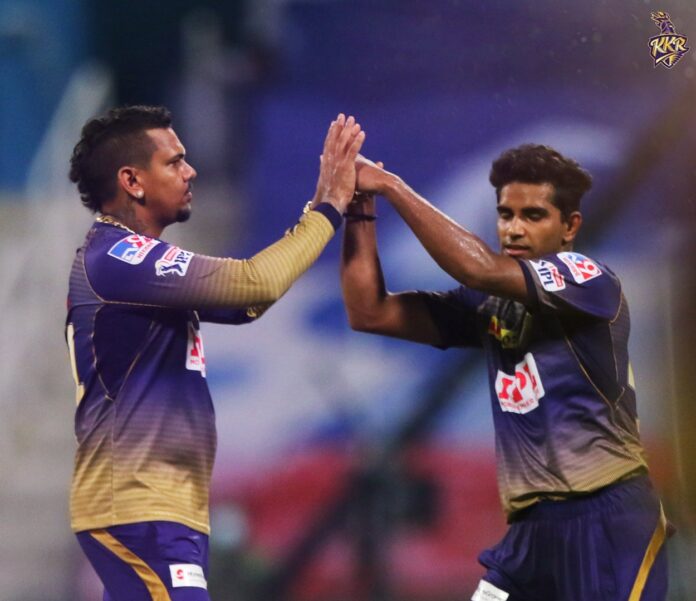 Their talent is not a question mark.

The problem seems to be more psychological.

Too many dot balls

T 20 is about thinking on your feet and taking the right decision at the right time.

To do this, the cricketer has to be focussed on the present moment. If the mind is clear, the actions will also be single-minded and decisive.

However, when SRH came in bat, it looked like they were still thinking about the defeat against RCB.

As a result, they were too cautious.

Dave Warner, usually an epitome of aggression scored 36 off 30 balls, Manish Pandey got 51 off 38 and Wriddiman Saha finished with 30 off 31 balls.

The reason was, they failed to punish the loose balls on offer and were in a defensive mindset!

Dave Warner was candid enough to admit – “I think I saw 35 dot balls, which is not acceptable in T20 cricket on a wicket that was actually nice to bat on. We just mis-executed in the middle.”

This kind of thinking is not going to win SRH a T20 match, let alone the trophy!

As a result of this timid approach, SRH finished with just 142, with 6 wickets in hand! A total that can only be defended if the opposing team inexplicably collapsed.

For KKR, Pat Cummins bowled the kind of spell that was the cricketing equivalent of a ‘strangulation’. Akin to an anaconda that slowly coils itself around the prey and increases the pressure steadily till the prey stops breathing and dies!

Cummins bowled with unerring precision from the first ball that put the batsmen immediately under pressure!

There was no quarter given, no loose balls, it was relentless and sustained!

So much so, that the explosive Bairstow was reduced to a whimpering wreck and could make just 5 in 10 balls before being bowled all ends up.

It was not just a wicket, it was a mercy killing!

Cummins finished with 1 wicket for 19 runs in 4 overs but stats don’t tell the whole story of how Cummins mentally dismantled the SRH batting line-up.

The other great bowling moment was the dismissal of Dave Warner.

It was created by Varun Chakravarthy whose has had an interesting IPL journey, so far!

Last year, he was bought for more than 8 crore rupees in the 2019 auctions. In his first IPL over, he went for 25 runs! Thereafter, he suffered an injury and didn’t play any further.

This year, KKR bought from for 4.2 crores and he responded with the ball of the match!

His perfectly dipping ball outsmarted Warner who was probably expecting it to spin and led to a simple caught and bowled! It was an ‘Aha’ moment and symbolised the redemption of Chakravarthy, who was definitely the pick of the bowlers, with Cummins.

Here is the irony.

KKR lost 2 of their top 4 batsmen, Narine and Dinesh Karthik for ducks and still managed to win by a canter!

Thanks to Shubhman Gill, the rising star of Indian cricket who cracked a majestic 70 and took KKR home.

Gill’s innings had 2 fours and 5 sixes, each of them struck so sweetly that even Eoin Morgan was in raptures, as his facial expressions showed!

Gill earned the Match of the Match for his efforts.

Morgan played his part with a 42 not out, off 29 balls with two sixes and three fours.

The only worry For KKR is the continued failure of Narine in the opening slot.

It is well documented that Narine has problems with high quality pace bowling that is aimed at his body.

Narine needs to go back to the nets to figure out an alternative strategy so that he can retain his reputation as the cricketer with the X factor.