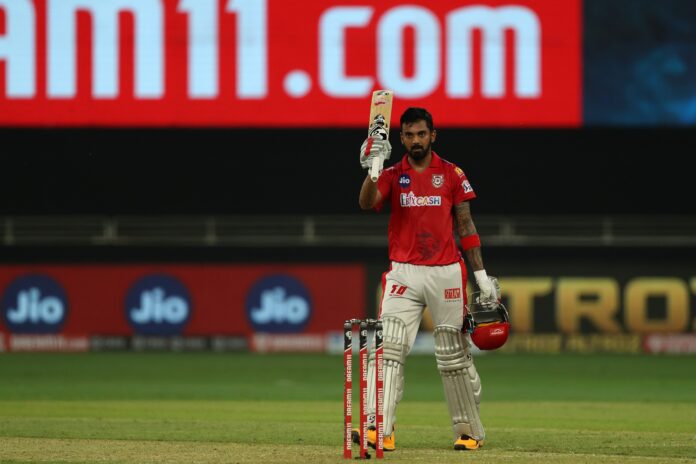 Despite Royal Challengers Bangalore starting this year’s IPL with a win, they were bought down back to earth with the biggest trouncing of a team so far.

Kings XI Punjab beat them in the most convincing manner after having lost a very close match to Delhi Capitals.

On what seemed like another belter of a pitch, RCB won the toss and Kohli chose to field first.

KL Rahul was in good nick from the very outset and he along with Mayank Agarwal laid a solid foundation by scoring at over 8 runs an over from the first over itself.

Mayank, who had almost pulled off a victory for the Kings XI single-handedly in the last match, lost his wicket for just 26 runs this time to a Yuzvendra Chahal googly.

RCB would manage to get things back into some modicum of control after this and the likes of Chahal, Washington Sundar, and Shivam Dube would bowl tidy overs to hold back Kings XI from accelerating any further.

During this period, Nicholas Pooran and Glenn Maxwell would struggle to make any impression and perish for 17 and 5 respectively both scoring at less than a run a ball.

The turning point would come in the 17th over when RCB skipper Virat Kohli, one of the safest hands in the world, dropped KL Rahul on 83 and the scoreboard reading 145.

Lightning would strike twice as Rahul would be dropped in the next over as well and this time too it was by Kohli.

KL Rahul in the company of Karun Nair would plunder 49 runs from the remaining two overs to put a massive 206 on the board. KL Rahul, would in the process, become the highest-scoring Indian of all time in the IPL as well.

Kohli’s men had no other option but to go on the offensive from the very first ball.

Devdutt Padikkal, the hero of RCB’s win in their previous match lost his wicket in the very first over to a Sheldon Cottrell short ball.

This set the tone for the rest of RCB’s innings as IPL rookie Josh Philippe and Virat Kohli quickly threw their wickets away as well to leave the score reading 4 for 3.

All of RCB’s hopes rested on the two men at the crease at this point – Aaron Finch and AB De Villiers. They tried to get things going by trying to ascertain themselves against the Kings XI spinners, Ravi Bishnoi and M Ashwin and even succeeded for a couple of overs.

However, Bishnoi cleaned up Finch’s stumps in the eight over, and M Ashwin accounted for AB De Villiers’ wicket in the very next over to leave the scoreboard reading 57 for 5.

It was a lost cause at this point as Shivam Dube and Washington Sundar staged a brief resistance to delay the inevitable but the team eventually folded for 109 by the 17th over.

While Kings XI were ecstatic to finally get over the line, it is worth remembering that this was eerily similar to the start they had last year.

KL Rahul was brilliant but those around him once again failed to deliver. Maxwell and Pooran need to start firing soon or this overdependence on Rahul, who now has the added responsibility of the captaincy, can come to bite them back as the tournament progresses just as it did last year.

On the plus side, all their bowlers were brilliant once again.

RCB in stark contrast botched up the game in all three departments.

Their bowling lacked sting especially at the death and their batting was woefully clueless in front of a large total.

However, the biggest let down was their fielding. Catches win matches and you would think that Kohli would be the last person who would need to be reminded of this.

If this continues, it will be another year of being the butt of jokes and the inspiration for many memes highlighting how unobtainable the IPL trophy is for RCB.

Both these teams are scheduled to faced stronger oppositions in the coming days with Kings Xi set to play Rajasthan Royals and RCB set to play Mumbai Indians and they will do well to learn from the this game and start playing to their full potential.