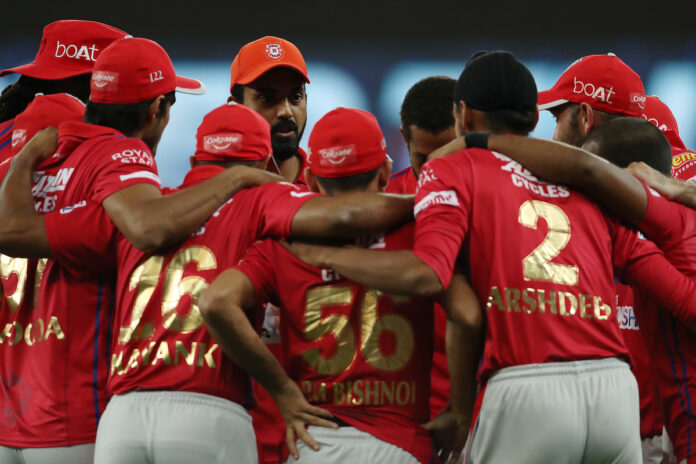 It was surely, the match of the tournament.

And turned out by a shining advertisement for the T 20 game that has taken the world by storm in the past 10 years.

Not one but two Super Overs were needed to anoint the winner, Kings XI who matched Mumbai Indians shot for shot and simply refused to accept defeat.

The glory of sport boils down to the ‘contest’ where 2 sides face off, in a ‘winner-takes-all’ battle and ultimately, triumph happens due to a collaboration between skill, mental strength and a bit of luck.

All these factors were on display yesterday. But if there is one man who stood up and made the vital difference, it was KL Rahul.

The coming of age of KL Rahul

A diamond is a piece of coal that performed well under pressure.

Yesterday, Rahul demonstrated that his value to this Punjab squad is as much, if not more, than a diamond.

His facial expressions showed his mindset.

When Kings had the match in control in the 16th over and Arshdeep almost botched up the script by going for 22 runs in the slog overs, KL didn’t look flustered and continued encouraging the rookie.

This revealed his confidence, which rubbed off on the team.

Mumbai made 58 runs in the last 24 balls, helped by some explosive hitting by Pollard and Coulter-Nile and also, some loose bowling.

The final score was 176 for 6 which had looked unlikely in the 15th over.

But Rahul was calm personified, when he came to the crease.

He put aside his inhibitions and started hitting the ball cleanly, from the first ball.

Mayank went early to an incoming Bumrah express ball but Rahul was not flustered and by the end of the power play, he was 32 off 17 with four fours and two sixes.

Chris Gayle who came in next was not at his murderous best but managed to keep the target in sight with a neatly compiled 24 off 21 balls, studded with 2 hits over the fence and a fair number of dot balls.

Many people rate Bumrah as the best T 20 bowler in the world and he showed his utility yet again by nabbing Nicholas Pooran who looked in ominous form.

Maxwell, who is fast cementing is reputation as the most expensive flop in the IPL, went for a duck and suddenly, KXIP started feeling the heat.

But KL Rahul looked like he wanted to take his team across the finishing line and only a Bumrah (who else!) Yorker could dislodge his resolve and stumps!

It was touch and go!

Kings needed 22 in 12 balls which looked comfortable but the wickets were falling steadily.

Finally, KXIP managed to equal MI’s score, aided by some frantic running and might have got the familiar feeling of having thrown the match away from a winning position.

Bumrah expectedly took the Super Over and gave away just 5 runs.

Rahul would have been disappointed with the score but the situation threw up a hero in Mohammad Shami who probably bowled the best T 20 over of his life and conceded the same number of runs.

Rahul came to the party with a spectacular run out of Quinton de Kock while rolling over the ground, which showed his fierce desire to win, as much as his athleticism.

The result was a ‘tied Super over’!

In the second Super Over, Pollard and Pandya came out to bat and Jordan lined up to bowl.

Pollard creamed one through mid off for a glorious four but Pandya’s run out ensured that the total was just 11.

Gayle effectively ended the contest with a first ball six off Boult and Mayank followed that with a beautifully placed boundary.

Kings emerged deserved victors and they hope this will be a turning point for them.

India knock out Australia in the Boxing Day test