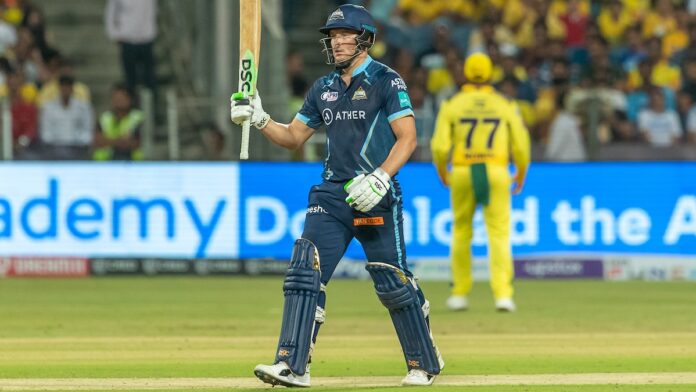 Killer Miller – A name and a slogan combined into one phrase.

It did not matter what the target was, what the required run rate was or who the bowler was. In those days if you were coming up against Killer Miller, you knew as a bowler that you would be taken to the cleaners. It would rain 4’s and 6’s at the crease when Killer Miller was batting.

But all good things come to an end. This too was bound to happen. After a few glorious years, Miller lost his Midas touch and he started struggling in the IPL. From being one of the best players in the IPL he went on to become one of the biggest struggle stories of the IPL over the next few seasons. And when that continued happening, Miller lost the trust of all franchises and he even went unsold a few times or did not find a place in the playing XI.

But what’s the thing that they say about champions?

They all always find a way to come back. Isn’t it?

This IPL was the year of the mega auctions and every player who aspired to play in the IPL was obviously on the roster and that included David Miller as well. The newest franchise on the block – Gujarat Titans decided to place their faith on a warrior of a past and they spent 3 crores to finally purchase him.

And now look how that faith has been repaid?

In a game that seemed done and dusted. Gujarat Titans were up against the defending champions Chennai Super Kings and they had a mountain to climb and that too with very limited resources with Pandya not playing and three batsmen already back in the pavilion with more than 120 runs needed and that too off 12 overs.

And that’s when it happened. Killer Miller was back and he was back with a bang. He scored an unbeaten 94 from just 51 balls that included 6 sixes and 8 fours. He got a little help from Rashid Khan but Killer Miller was in his element today. The shots he played and how he took the attack to the opposition even when they seemed done was just amazing to watch. This was another Killer Miller special for the IPL archives.

With almost every player putting their hand up every time it was required, Gujarat Titans certainly seem like the team to beat in this tournament and now they are comfortably seated at the top of the table as well. Kudos to Ashish Nehra and Hardik Pandya who have taken the team so far already in their first season of the IPL as a new franchise.