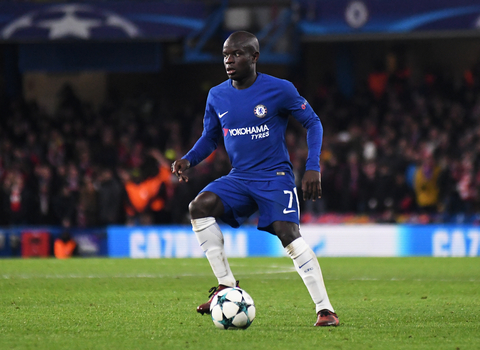 A Kante transfer might be a hole Lampard will find hard to fill.

But it is a distinct possibility.

After all, there are swirling rumours that Inter Milan have identified Kante as their key target ahead of next season.

There is no doubt that Inter need a world-class midfielder NOW.

It is interesting that the Nerazzurri’s interest in Kante follows recent reports that Inter manger, Antonio Conte wants to sign both Olivier Giroud and Emerson Palmieri.

Of course, Lampard wants to get rid of both Giroud and Palmieri, as they are not part of his plans.

However, a Kante transfer to Inter could destabilise Lampard’s squad rebuilding plans.

One of the world’s best

The French midfielder is one of the finest in his position and has become a force to reckon with over the past few years.

According to pundits, Kante’s performances for both Leicester City and Chelsea FC have made him one of the best defensive midfielders the Premier League has ever seen.

Even the French national manger, Didier Deschamps is a big fan.

Reports say that Kante is the first name he pencils in, while finalising the French national team.

Kante, however, has struggled with injury problems throughout the current season.

Being able to make only 22 Premier League appearances, the Frenchman has spent a major period on the sidelines.

Moreover, the 2019-20 campaign has also seen Billy Gilmour emerge as a major talent in the Blues’ first-team squad.

The 19-year old Scottish midfielder has become a favorite of Lampard’s.

In recent games, the Chelsea FC boss has clearly preferred the youngster over the side’s vice-captain Jorginho in the starting lineup for the Blues, till injury struck.

Kante transfer. Conte will love it.

Inter Milan coach Antonio Conte is keen on reuniting with his former player Kante, whom he had managed at Chelsea FC.

It was Conte who had signed the French international from Leicester City in the summer of 2016. The duo won the Premier League for the west London based outfit in Kante’s first season at Stamford Bridge.

Moreover, Kante is also seen as a ‘lucky charm’.

And who can forget that he also won the World Cup with France?

However, signing the 29-year old Blues’ star won’t be cheap for the Nerazzurri. With three years remaining on Kante’s existing deal, Chelsea FC would certainly demand a huge sum to let go of their star midfielder.

Lampard is not happy with Kepa.

In fact, the 25-year old Spaniard was benched in favour of veteran Argentine international Willy Caballero assuming the duties of Chelsea FC’s first-choice shot-stopper, before the lockdown.

Kepa Arrizabalaga’s future at Stamford Bridge remains doubtful amid reports suggesting that Frank Lampard has made his mind up on selling the Spaniard this summer.

Ajax’s André Onana and Everton FC’s Jordan Pickford have been rumoured to be Lampard’s preferred alternatives for Kepa.

Admittedly, post the lockdown period, Kepa has reclaimed his position between the sticks in the Chelsea FC starting lineup. He started all the past five Premier League games played by the Blues since the restart of English top-flight football.

However, Kepa’s performances have not been encouraging. The Spaniard has been unconvincing when dealing with crosses and long balls. Moreover, Kepa’s handling of long-range shorts has been met with criticism from fans and football pundits alike.

The Blues have conceded seven goals in their last five games in the Premier League. The lone clean sheet came against Watford FC.

The Blues, however, are certain to lose out on a significant amount of money if they go ahead with their decision to sell the Spanish goalkeeper.

India vs New Zealand, 1st Test, India all out for 345 Shreyas Iyer scores a 100 on test debut. What will be New Zealand’s...

Who will become Barcelona’s next manager? Barcelona sack Ronald Koeman