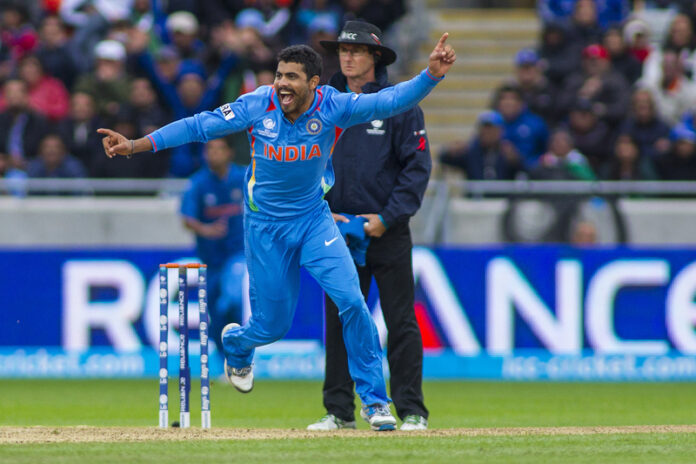 Jadeja’s Australian tour is as good as over, due to a dislocated thumb.

Jadeja was not able to bowl in Australia’s second innings after a short ball from Mitchell Starc hit him on the gloves, requiring immediate medical attention.

“Ravindra Jadeja is out of first two Tests against England. He will need 4-6 weeks minimum to recuperate and complete rehab which rules him out of first 2 tests”, said a source.

The four-Test series against England starts in Chennai from February 5.

The left-handed cricketer, who made a valuable 28 and took four wickets in the first innings might take a painkiller injection and come out to bat on the final day of the game at the SCG if the situation demands.

Jadeja has been one of the star players for India on this tour in every aspect – batting, bowling and fielding.

Watch this stunning run out of Steve Smith in the 1st innings of the SCG test!