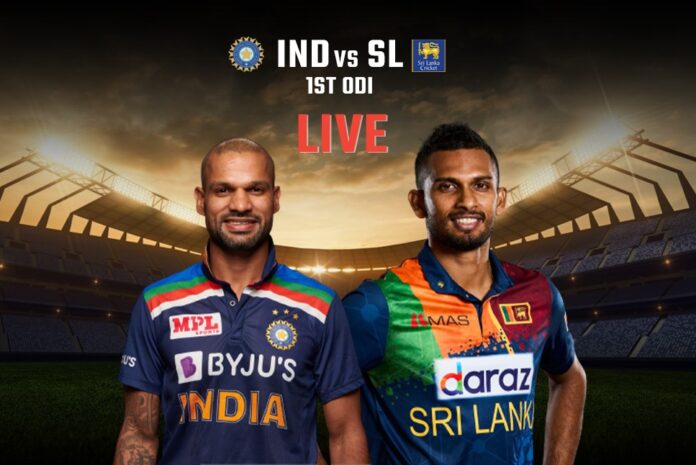 Formidable foes yet beloved neighbours India and Sri Lanka are all set to begin a three-match ODI series followed by a three-match T20 International series. The team will be led by Shikhar Dhawan a.k.a Gabbar in what will be his first shot at captaincy and his international captaincy debut. The Indian contingent that has travelled to Sri Lanka is full of youth – a team of new exciting talented cricketers who are looking to make their mark. The coach of the team is none other than Mr. Dependable, The Wall himself – Rahul Dravid who will be taking charge of this young Indian team.

Most of the first team members have travelled to England where they played the World Test Championship Final and lost to New Zealand. They now have some time off before they face off England at home in an exciting test series coming up. So this really gives the rest of the players a very handsome opportunity to make a name for themselves and maybe even get a surprise ticket to the T20 squad for the upcoming T20 World cup.

Too many big names. Too many talented players. Too many challenges. Yet only a few slots? Well, this is going to be interesting folks!

So, let us first have a look at the Indian Squad players who have travelled to the Lankan Islands for a fun and thriller of a series that is coming up folks. Here is your Indian Squad for the India vs Sri Lanka Series:

The India vs Sri Lanka series will be streaming live on the SONY LIV app. You can watch the complete ODI and T20 live stream on your TV too, on SONY SIX and SONY TEN3 channels on (both HD and SD) and also on Doordarshan.

This series brings a breath of fresh air and some raw freshness with it to the already solid Indian Cricket ecosystem. Young and budding players like Devdutt Padikal, Ruturaj Gaikwad and Chetan Sakariya have been handed their first shot at wearing the Indian senior team jerseys. This also gives a chance to players like Prithvi Shaw and Kuldeep Yadav who fell out of the team due to lack of proper performances to now come back and knock the door of selectors just before the T20 World Cup. The firepower of both the Pandya brothers – Hardik and Krunal will also be one of the things to watch out for during the entire series. Will we also see the old Bhuvi? Swinging the ball back and forth and becoming a nightmare for the relatively inexperienced Sri Lankan lineup? All in all, this promises to be a cracker of a series.

Rain halts England in its tracks, for now