Fun88.net
Home FOOTBALL Is it time to dump Diego Simeone? 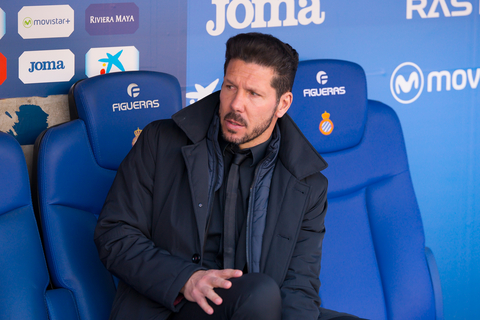 Apart from the fantastic turn-around at Anfield to knock out defending champions Liverpool, 2019/20 hasn’t been kind to Atletico Madrid.

At the time of writing, Los Rojiblancos lie 6th on the La Liga table.

They trail league leaders Barcelona by a whopping 13 points.

To make maters worse, they suffered a humiliating exit from Copa del Rey after losing to lower league side, Cultural y Deportiva Leonesa.

The club’s recent performances have unsurprisingly drawn severe criticism from the club’s fan base.

The club had spent almost €250m on transfers this season. So fans had high hopes.

For once, challenging Real Madrid and Barcelona for the La Liga seemed within the realms of possibility.

But things haven’t gone as per plan.

With only 11 more matches to go, it’s almost safe to conclude that Atleti is well out of the title equation unless something dramatic happens.

And even that may not be enough.

When a team fails to meet its expectations, the manager becomes the lightning rod for criticism.

But the disappointing results have made many Atletico Madrid fans turn on him.

Many believe that the time has come for a change.

Is it time to say goodbye to El Cholo?

Simeone draws the fattest paycheck in Europe, which accounts for a gross yearly wage of €42m.

If Atletico decide to move on, the ability to afford a world-class manager wouldn’t be their prime concern.

Of course, the manager has to accept at least some sort of the blame when the team underperforms. This season, Simeone has had his fair share of mistakes.

Poor squad management and vulnerability to set-pieces can be highlighted as his chief flaws in this campaign.

But none of these situations are irreversible.

So, honestly, hysterical calls for sacking Simeone over this season’s performances are nothing but an overreaction.

Atletico’s Champions League knockout stage clash with Liverpool showcased once again why Diego Simeone is still the right man for the job.

Liverpool were leading 2-0 in the second leg.

And seemed all set to rub more salt to Atletico Madrid’s’s simmering wounds of the disappointing La Liga campaign.

But instead of cutting a helpless figure in the dugout, Simeone fought back.

First, in his mind. Then, on the field.

He continued to marshal his troops from the sidelines, kept the pressure on, and ultimately saw his team turning the tie to win it 3-2.

This ‘’never give up till the last minute” mentality is something the Atletico Madrid team needs direly right now.

And make no mistake, Simeone is still the person who can deliver it.

The current Atletico Madrid is very much reminiscent of the team Simeone had inherited back in 2011.

Simeone had taken over the reins from Gregorio Manzano following a run of disappointing results, which plunged the Red and Whites deep down the league tables.

Of course, Manzano is the current coach of ISL team, Jamshedpur FC.

He steadied the ship soon and led the club to a 5th place finish.

In the subsequent years, he delivered seven major trophies including a league title, took the club to two Champions League finals, never finished below 3rd, and he did all that having to deal with other clubs poaching top talents from his squad.

Other than this season, he never had the opportunity to match the spending power of Barcelona and Real Madrid.

Felix warranted a €126m transfer fee, which seems astonishingly high for a talented player who is far from a finished article.

The player does have sky-high potential, but paying €126m for him was a massive risk.

Simeone had wanted a clinical finisher, someone in the mould of Edinson Cavani.

But after breaking the bank for Felix, Atletico didn’t have enough petrol in the tank to go after someone like Cavani.

The goals have dried up

Los Colchoneros have struggled profoundly in front of the goal this season.

They have scored only 31 goals, which is worse than the likes of Levante, Osasuna, and Granada.

With Antoine Griezmann, Lucas Harnandez, Rodri, Filipe Luis, Diego Godin and Juanfran leaving Atletico Madrid, the club is going through a transitional phase at the moment.

They have often looked disorganized and panicked this season, seemed lost of ideas in the middle of the pitch.

What the club needs the most right now is a resolute manager that can shape these malleable players to his liking.

In Diego Simeone, they have that man.