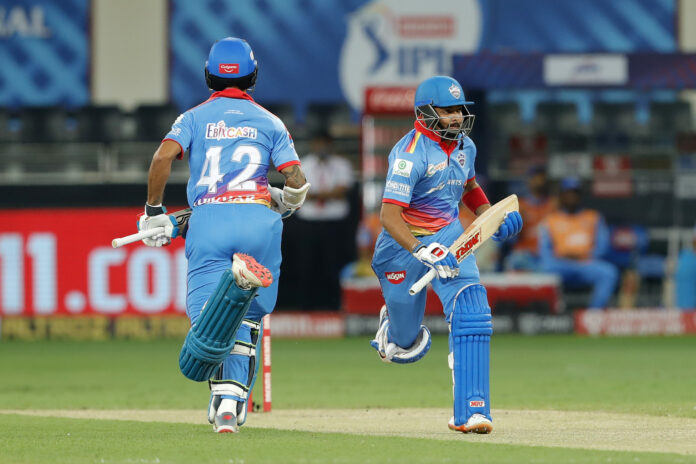 Even though this is the thirteenth edition of the IPL, it still manages to pack in a lot of excitement and anticipation.

With the tournament going strong and the initial cobwebs post the lockdown dusted off, we now have a clearer picture of the pecking order in the 2020 edition of IPL.

Some teams have performed better than expected while others have fared worse than their fans would have wanted.

While the performances tend to vary over the season, the teams that make it to the finals are usually the ones that manage to sustain good performances throughout the tournament.

Team balance also plays a big role with everyone needing to contribute.

Teams can go quite far with just a couple of really good players but they cannot go all the way. Otherwise, teams like Royal Challengers Bangalore and Kings XI Punjab would have lifted the IPL trophy multiple times already.

Keeping all of this in mind, here are the two teams that are the most likely to make it to the finals this year.

Mumbai Indians are the most successful team in IP history and everything that has made them so good at winning is being exhibited this year as well.

Let us start with the batting.

They have one of the most complete batting line-ups among all the teams.

In Rohit Sharma and Quinton de Kock, they have a dynamic and dependable opening pair. At least one of them holds the fort down during the powerplay while scoring at a brisk enough pace.

This is handy both when setting a target and chasing one.

They also have one of the strongest group of finishers in Hardik Pandya, Keiron Pollard, and Krunal Pandya.

While their middle order isn’t on the same level as these two parts of their batting line-up, it still has enough raw power and explosiveness to make short work of any match.

Ishan Kishan and Suryakumar Yadav have shown that multiple times in the past. In fact, every single one of them is a proven match-winner and as long as at least two of them fire on a day, Mumbai Indians end up being unstoppable.

If you thought their batting is impressive then you will be blown away with the firepower they have in the bowling department.

Jasprit Bumrah and Trent Boult are easily among the very best of fast bowlers in the world. With them bowling in tandem, opposing batsmen get no respite.

James Pattinson might be slightly off in comparison but it is only because he is yet to hit his purple patch. In Pollard and the Pandya brothers, they have enough options to keep the opposition on their toes.

Then there is their fielding.

While they aren’t the most exciting team in this regard, they are quite safe and do not give away freebies.

All of these are great but one of the biggest requirements for success in the IPL is consistency.

Teams that tend to fail in the IPL are the ones that start strong but then they start making more and more mistakes as the tournament progresses.

This renders all their initial momentum useless towards the sharp end of the IPL.

Being able to avoid this depends on two aspects. The first is the bench strength and the second is the coaching staff.

Here also, Mumbai Indians trump the rest of the field. They have an impressive bench and their coaching staff is second to one.

James Pamment is their fielding coach. If all these people weren’t enough, they even have Sachin Tendulkar as their batting mentor.

This combination of a strong bench and some of the most experienced and credible people coaching the team means that they make few mistakes and when they do, they rectify it quickly.

No wonder, this is a team that has made winning its habit.

Another important arrow in their quiver is their experience.

They have reached the finals five times and they have gone on to win it all, the last four times.

This experience is not something that can be simulated in the nets and the team from those days has remained almost unchanged.

They are currently sitting high on the table while those around them have already started to falter. Although, this should come as no surprise given all the factors mentioned above.

While Mumbai Indians being a strong possibility to make it all the way to the finals of the IPL 2020 would come as no surprise to most people following the IPL this year, the team that they are most likely to face is somewhat of an uncertainty.

But the finer details show that it is the Delhi Capitals that are close to being as good as the Mumbai Indians.

Just as before, let us start with the batting.

Ever since their inception, Delhi Capitals have been a team with under-utilized potential when it came to their batting but that seems to have changed now.

Their opening duo of Prithwi Shaw and Shikhar Dhawan haven’t been firing on all cylinders but they have been providing decent enough starts.

It is only a matter of time before they come good.

The main talking point with regards to Delhi’s batting has been their middle order. Led by an in-from Shreyas Iyer and backed by Shimron Hetmyer and Marcus Stoinis, Delhi Capitals have been able to bat according to the requirement at any given moment.

The explosiveness of Rishabh Pant is always an added advantage in T20 cricket and with Ravichandran Ashwin coming in to bat at number 9, they have one of the deepest batting line-ups in the IPL.

While they have been somewhat dependent on the likes of Iyer and Stoinis, the others have all chipped in when necessary and they have won matches from the jaws of defeat because of this.

Speaking about winning impossible matches, the true gems of the Delhi Capitals are found in their bowling department.

Kagiso Rabada belongs to the top echelon of limited-overs bowlers and he is in scintillating form.

He is backed up by Ishant Sharma and Anrich Nortje in the fast bowling department.

The spin department is being led by a resurgent Ravichandran Ashwin. Many had written him off by saying that his best days were behind him but he has proven to be a great wicket-taking option in the middle overs.

With the likes of Axar Patel and Sandeep Lamichhane completing the spin package, Delhi Capitals are spoilt for choice.

Their fielding has been quite strong as well with a lot of young players keeping the field quite active. Their coaching staff and bench strength can best be described as adequate.

The question might arise that this is a team without any cricketing megastar among their ranks and all the things mentioned above while good isn’t what you would call mind-blowing.

So, why have we chosen them as our pick for the other team that has the highest probability of reaching the finals?

The simple answer is in the fact that the lack of dependence on a couple of big names has molded them into a tight cohesive unit.

Newcomer Ashwin has fit into the team like a glove.

Four of their batsmen average more than 40 and five of their bowlers have economy rates of less than 8 in this year’s IPL so far.

Everyone in the team is doing their job and doing it well. This keeps the pressure off of one or two players and that is highly important in crunch situations.

This is a team with the right mix of seasoned campaigners and young upstarts.

The only thing that could derail their progress is multiple injuries but they have been holding on quite well in this regard after a few scares initially.

Delhi Capitals have been one of the most steadily improving teams in the last few years and it now seems like they have it in them to go all way.