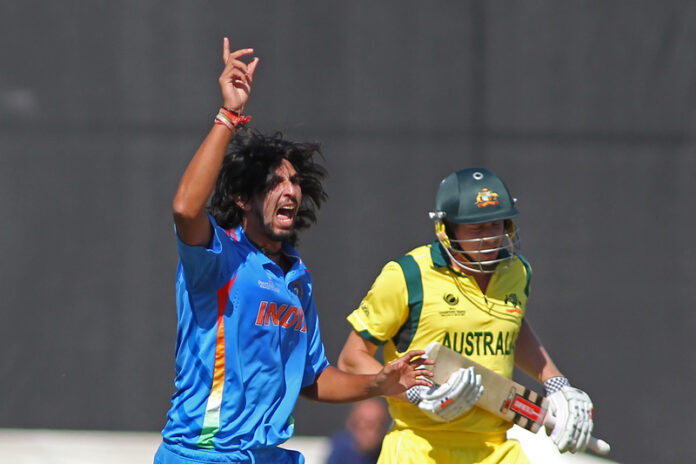 The India-Australia Test rivalry is one of the most celebrated and keenly awaited contests in world sport.

Apart from the high quality of cricket, the rivalry has spilled over into some of the biggest and ugliest controversies cricket has ever seen.

The latest brouhaha over 5 Indian cricketers over the Covid bio-bubble breach has also generated a national outcry in Australia, fuelled by a slew of articles in the press.

What has added oil to the already burning embers has been the refusal of the Indian team to undergo a quarantine in Brisbane.

Let’s look at some of the other controversies that have ravaged Indo-Aussie cricket over the years.

India were 0-1 down in the three-match series and MCG was hosting the final Test.

Gavaskar was under pressure. After a poor preceding series in New Zealand and scoring just 10 in 93 minutes in the first innings, the diminutive master opener began promisingly in the second and crossed the half-century mark

Then the incident happened!

Australian spearhead Dennis Lillee bowled an in-swinger that rapped the Little Master on the pads. The umpire gave him out but Gavaskar insisted there was an inside edge.

When Gavaskar remonstrated with the umpire, Lillee walked up to the batsman and pointed provocatively at his pads.

Gavaskar exploded in rage and asked his opening partner, Chetan Chauhan to stage a walk out with him. Ultimately good sense prevailed as the Indian manager, Shahid Ali Khan Durrani cajoled Gavaskar to cool down and the match continued.

The Test resumed and India went on to register a famous win by 59 runs and drew the series, aided by a match-winning spell by Kapil Dev who bagged 5 for 28.

This was perhaps the most acrimonious dispute in the cricketing history between the two teams.

Harbhajan had just scored his third Test fifty, a vital contribution with his side looking to get back in the series after a hiding in the opening match.

Brett Lee aimed a bouncer at Harbhajan but the Indian all-rounder’s quick hands were upto the task, cutting the ball over slips for a boundary. The India No 8 said “hard luck” and applauded the bowler’s efforts by patting his bat.

All-rounder Andrew Symonds decided to sledge Bhajji. He had a word with Harbhajan who promptly gave it back.

The Australians were convinced the ‘Turbanator’ had taunted Symonds with the word “monkey”, a racially offensive insult.

Australia skipper Ricky Ponting and Michael Clarke joined in as well. Umpire Mark Benson was alerted by the Australians of Harbhajan’s alleged racist remark, and the former has a word with the Indian.

Tensions heated up between the two teams on and off the field.

The two boards, other players, former players, media and even the governments got involved.

Harbhajan was handed a three-Test ban but under pressure that the BCCI would boycott the remainder of the tour, the ban was ultimately overturned.

Kohli was quite hot-headed in his younger and one incident bears this out.

In Kohli’s own words, “The one thing I remember most is when I’d had enough of the Australian crowd at Sydney [in 2012] and I just decided to flick a finger at them.”

The match referee [Ranjan Madugalle] called me to his room the next day and I’m like, ‘What’s wrong?’ He said, ‘What happened at the boundary yesterday?’

I said, ‘Nothing, it was a bit of banter’. Then he threw the newspaper in front of me and there was this big image of me flicking on the front page.

The story goes that Kohli literally pleaded with him, ‘I’m so sorry, please don’t ban me!’. Recalls Kohli,”I got away with that one. He was a nice guy, he understood I was young and these things happen.”

But it was a lesson well learnt and though Kohli is still capable of occasional outbursts of aggression, he manages to rein it in, quite well.

It’s undeniable that controversies bring more eyeballs to the game.

There is a huge spike in viewership whenever an ‘incident’ happens.

Surely enough, it creates rancour and acrimony but also ultimately, its the quality of cricket that is the biggest draw.

Knowing the fierce nature of the rivalry, we can safely assume that we haven’t seen the last of such controversies.