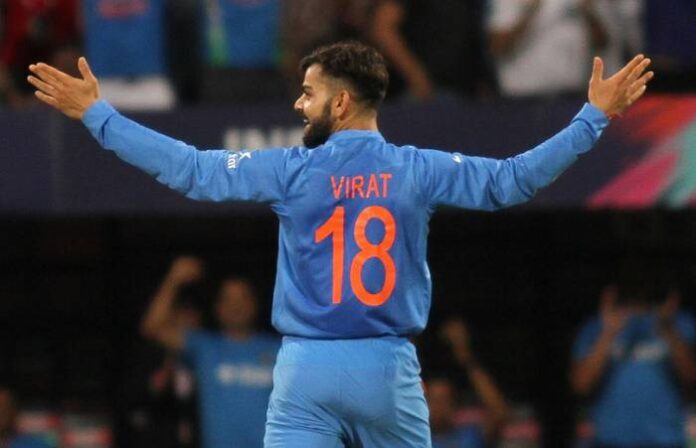 Cricket, just like time, is a great leveller. It can take you to some tremendous highs and give you all the glory and fame. And then all of a sudden, without doing anything wrong from your end, it can just take all of that away from you and just make things go astray. This is what has happened with India’s biggest champion in the last decade. Yep! We are talking about Captain Virat Kohli or former Captain Virat Kohli let’s just say.

But when time is against you, everything goes against you. India have not won an ICC trophy for quite some time now. Under Virat’s Captaincy, India have somehow always fallen short of the glory they strived for. They were knocked out in the semi-finals of the ICC World Cup 2019, lost the finals of the World Test Championship and then were knocked out in the group stages of the T20 World Cup later this year. Ironically all three times by New Zealand. And suddenly huge doubts over captain Virat’s ability started lingering.

And had it just been for captaincy, it somehow would have been resolved. But Virat – the Batsman also started suffering due to Virat the captain. A man who used to score centuries one after the other like having breakfast and dinner has now not hit one since the last 2 years i.e 730 days. Yes! We are talking about Virat Kohli.

But life is not always about a purple patch is it? Even the greatest of the greatest players have been through a slump in form and maybe King Kohli should have been given some more time perhaps!

He himself decided to step down as India’s captain in the shortest format of the game. However, that was not the end of the story as just a few days before India were to leave for their tour of South Africa, he was informed just 1.5 hours earlier that he will no longer be India’s captain in ODI’s as well.

Thanks to his performances as a Test Captain, no one can ever even think about touching that cap considering the tremendous achievements India has made in the longest format in the game under him.

He is perhaps India’s best captain when it comes to test match cricket. Alll this has been on the news for a while now and a team that was going to South Africa to perhaps win a test series for the first time there now finds itself between some huge controversies.

There were speculations that after all that has happened, Virat Kohli is not available for the ODI series where Rohit is the captain and Rohit will not be available for the Test Series where Virat is the captain. And all Indian fans were flabbergasted at what was happening. The Karan-Arjun of India’s team, the two of the most potent weapons that India have when it comes to cricket were now up against each other.

But then Virat the gentleman decided to step up and clear the air. Via a press conference, he cleared that he was available for the ODI series and that he and Rohit Sharma have no problems whatsoever between them and that he is running out of ways to tell everyone that. This sure brought some relief to all the fans out there. But he was also frank and honest enough to express that he was informed that he would not be India’s captain in ODI’s just 1.5 hours before the announcement but also the fact that since India have not been winning any ICC tournaments under him, he is okay with the decision as well. This was just class personified from Virat.

And even though there are still many issues between the board and some players, the team has now left for South Africa where they are surely aiming for a maiden Test Series victory.

However, there’s a saying –

“When the Elephants fight, it is the grass that suffers”

And considering what has been going on in Indian Cricket and especially with Virat Kohli, expect him to come out on all tanks blazing (as guns will not do it for him this time)

Boy he will want to make a statement and if we know Virat Kohli, we know that HE WILL MAKE ONE WITH THE BAT.

Will he come back with a blinder of a knock? What do you think? Do let us know in the comments below. Toh is Cricket Season, bas aa jao Fun88 pe and make it a season to remember, with more fun, huge prizes and also to get 3X Rewards-  https://bit.ly/3bwTufc

Problems pile up for PSL