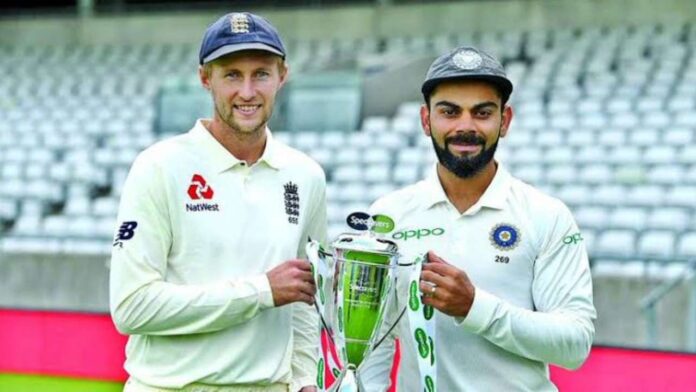 Since the last two months, the world has seen it all –  Euros, Wimbledon, NBA and the Olympics and the 100 which are both currently going on and the tour of young men in blue in Sri Lanka where they played their hearts out and made the nation proud. But now it’s time for some serious business as Virat and his boys are about to begin their battle at the bridge in what should be a cracker of a series between India and England. India has played some wonderful cricket in the longer format of the game since the past few years. This is why they were the finalists of the World Test Championship and not to forget, they also won a series down under in Australia, against Australia. After being shockingly bowled out for 36 runs in the first test while they also did not have the services of their Captain and most important matchwinner – Virat Kohli for the remainder of the 3 tests.  Yet, being 1 game down already this team defied logic, stats, conditions and registered a brilliant series win against the Aussies with a half injured, half depleted and very young Indian side. As Justin Langer put it aptly after the Gabba test – “Never ever underestimate the Indians”

India even after achieving all that it has in the longer format of the game over the years, suffers from one same problem or maybe now it has become a syndrome – The First Test Syndrome. No matter where they tour, which team they are up against, everytime India go overseas to play a test, something happens. All hell breaks loose and somehow this brilliant Indian team starts the series on the backfoot as they lose the first game only to come back from behind and dominate the next few games. Maybe they just like their prey to get a headstart before they hunt them down. Maybe they like to keep the fans on the edge of their seats and get that blood circulation flowing up and down. Maybe they also like to do things the Manchester United way and like some pressure on their backs only to come back and win from behind. Maybe that’s what brings out the best in them. But maybe it will always not work, which is why they surely will be edging to break this jinx too and rid themselves of their very long syndrome. Will they? Will they not? The next five days will surely tell.

The battle at the bridge may help break this jinx where the Indian team have won two and drawn one of the last 4 tests that they have played. This might just be the ground where they break the jinx of having lost every first game of their last three series when they visited the SENA countries (South Africa, England, New Zealand and Australia). But that is a big maybe!

India has not won a series in England for the last 14 years and Virat himself has had a tough time in England in the beginning. But after what they did against Australia in Australia, India would be roaring to go and win this series. We are sure Virat would be looking to add the achievement of becoming the winning captain in England on his already very impressive CV. Will he be able to do that? Maybe, maybe not!

Will these things change? Maybe, maybe not!

Now coming to the conditions and the pitch.

The first day is expected to be cloudy and for the next 4 days i.e days 2-5 there is rain predicted for every day and we could be in for many start-stops. Remember the rains during the World Test Championship Finals?  Well, this is England so maybe it sounds perfectly normal and okay to have rain predicted on 4 out of the 5 days of a test.

About the pitch. Heard the adage “The devil’s in the details”

Well, this is a detail you cannot afford to miss. There is only one thing to expect in the pitch – Greenery, Greenery & only Greenery. Well whose side does the grass seem greener now?

Local boy Stuart Broad believes Trent Bridge to be one of the best first class pitches in the country where there is swing, seam and bounce and the slips are always in play. The last successful 4th innings chase was 194 by county cricket champions Essex on this ground. And like Broad said, after the absolute turner India produced in Motera using its home conditions, England would now be also making use of its home conditions. So definitely yes! Green seems to be the colour of revenge for what happened 6 months ago in India. Will India defy England in their greener conditions? Maybe, maybe not!

Now coming to team combinations and players on either side.

With Mayank Agarwal being ruled out for the first test owing to concussion injury in the first test, K.L Rahul should be the first preference and perfect candidate to join Rohit in the opening slot specially considering he was the centurion in the last series of the last time India played in England. Will they finally break the 100+ opening partnership jinx that has been haunting India since 2011? Maybe, maybe not!

After Ben Stokes decided to take an indefinite break from cricket owing to mental health issues just before 4 days of the Match England have big shoes to fill as he was equally good both as a batsman & bowler (Remember the headingley test?). But now Jonny Bairstow would surely be in for a recall.